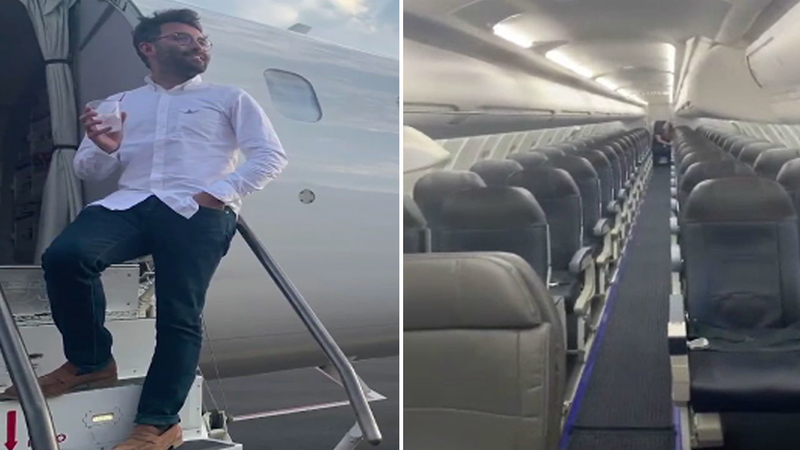 NEW YORK -- A man from New York decided to have a little fun when he realized he had an entire Delta flight to himself.

Vincent Peone said his flight from Aspen to Salt Lake City was rescheduled last week -- and that may have been the reason why it was empty.

He chronicled what the pilot referred to as his "private jet" experience in a video that he posted to Twitter on Monday.

The viral video shows that the Delta staff and crew members were able to have a little fun with him and he was even addressed personally during the pre-flight announcements.

Last week @Delta gave me my own private jet...kind of. pic.twitter.com/p14OGLw1jv

Peone told the Washington Post he was tempted to try to sit in every seat in the plane, but later decided he was not that ambitious.