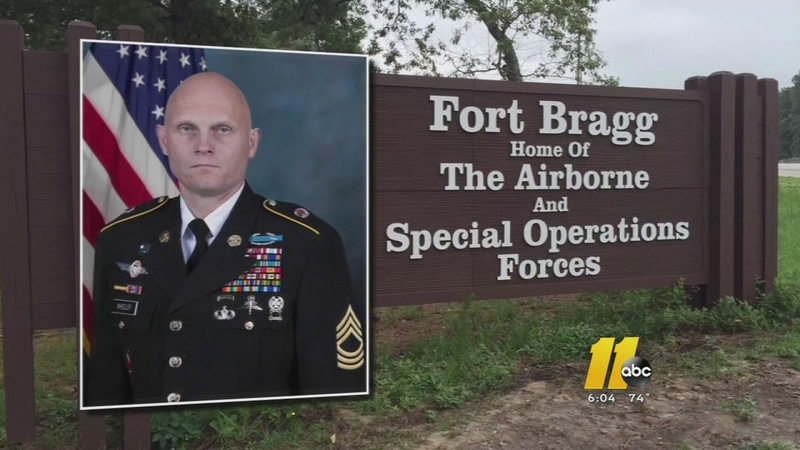 Delta Force member killed in Iraq based out of Ft Bragg

FORT BRAGG (WTVD) -- The U.S. Delta Force service member killed during a raid in northern Iraq Thursday was based at Fort Bragg, according to Department of Defense.

Master Sgt. Joshua L. Wheeler, 39, of Roland, Oklahoma, died in Kirkuk Province from wounds received by enemy small-arms fire during an operation. He was assigned Headquarters U.S. Army Special Operations Command, Fort Bragg, North Carolina. Wheeler was posthumously given a Purple Heart and is survived by a wife and four sons.

The DOD says Wheeler was taking part in Operation Inherent Resolve, which freed 70 Arab hostages being held by ISIS.

The fatality marks the first U.S. service member death from hostile fire in Iraq since a training mission began there in June 2014.

More than 30 U.S. ground troops serving as advisers and five U.S. helicopters participated in what began as a mission to support dozens of Kurdish forces and ended up involving the U.S. forces in what one U.S. official described as "an intense firefight."

"This operation was deliberately planned and launched after receiving information that the hostages faced imminent mass execution," Cook said. "It was authorized consistent with our counter-ISIL effort to train, advise, and assist Iraqi forces."