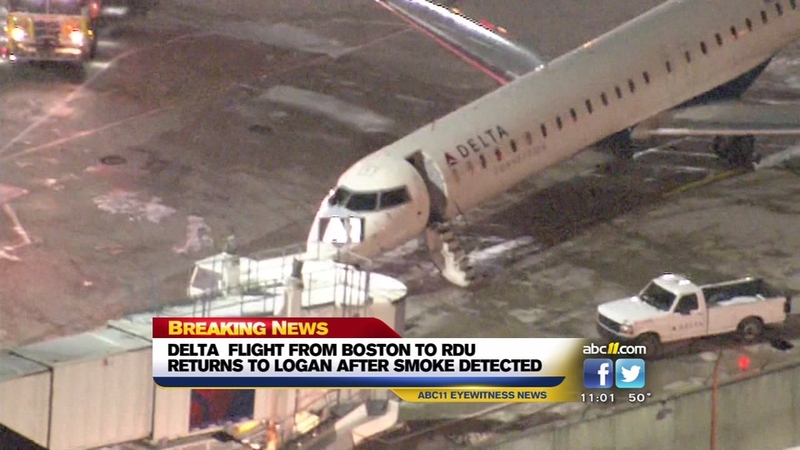 Delta flight to RDU forced to return to Boston airport

It happened just two minutes after the plane left Logan.

Passengers were taken off the plane on the tarmac. A bus took them back to the terminal.

Some of the passengers said the plane didn't sound safe before take-off.

"It was scary because it didn't sound like a well run plane," said one unidentified passenger. "I was very nervous."

Another passenger said the plane was initially delayed because maintenance was fixing something.

"GoJet Airlines flight # 6266 operating as Delta Connection was en route from Boston to Raleigh-Durham when a possible smoke odor was detected. The flight returned to Boston, where out of an abundance of caution, the pilot requested expedited handling from Air Traffic Control. The flight landed safely, and the passengers were deplaned on the tarmac and then bussed to the terminal.

Maintenance is currently inspecting the aircraft. The passengers will be accommodated via an alternate aircraft later this evening.

The safety of our passengers and crew is our top priority."

There were 76 passengers onboard, as well as four crew members, Delta said. The plane is a Bombardier CRJ900.