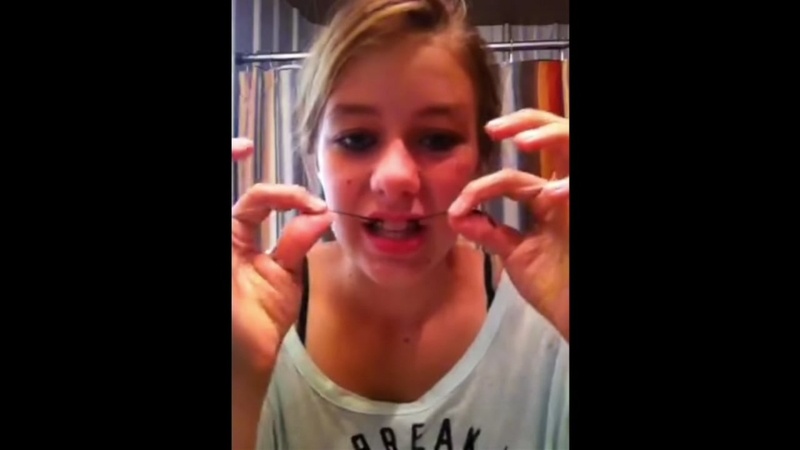 KANSAS CITY, MO -- If you or one of your children has ever had braces, you know they can be expensive and timely.

Now, orthodontists are seeing an alarming trend in teenagers trying to speed up the process by making their braces at home. In many cases, the results are disastrous.

A simple YouTube search reveals dozens of videos of teenagers and other young people proudly showing how they claim to make their own braces at home using things like paper clips, hair bands and super glue.

Doctors say this is incredibly dangerous.

Dentist Dr. Guy Deyton thought he'd seen it all until he saw one of the most "clicked on" YouTube videos out there.

The video depicts a girl proudly showing off hairbands she says she uses to close the gap in her front teeth. The video has been viewed more than a million times.

"She is using hair bands! She doesn't understand if she is doing in inappropriately she could lose her two front teeth," Deyton said.

The tutorial is one of countless videos and blogs from young people demonstrating how to make do-it-yourself braces. The people in the videos promise it's an easy and inexpensive way to fix your teeth within weeks. For Deyton, these videos are the stuff his nightmares are made of.

"In one video I saw, she used a paper clip and super glue," Deyton said. "I am so horrified and fearful that they are going to do harm to themselves,"

And after researching images and cases of "DIY braces gone wrong," he has reason to be fearful.

In addition to teeth falling out, Deyton says DIY braces can cause devastating infections and, in some cases, disfigurement and permanent tooth loss.

Olivia Judah, 13, is one of Deyton's patients.

"I just got my braces on last November," she said.

Olivia's dad was with her daughter during a recent checkup when Deyton told them about the DIY braces trend. He was in disbelief.

Olivia says she would rather have crooked teeth than take the risk with DIY braces.

However, there are plenty of people who are taking that risk, with countless people watching their tutorials on YouTube.

"I feel like after looking at this I need to go do public service announcements and warnings ... If you don't know how to move your teeth, you could lose your teeth." Deyton said.