A San Diego woman who has been in the United States for 31 years and is the mother of a U.S. army officer made a tearful plea before turning herself in for deportation.

SAN DIEGO -- The mother of an Army intelligence officer was deported on Thursday to Mexico after living in San Diego for 31 years.

Rocio Rebollar Gomez, 51, crossed the border into Tijuana after her family waged an unsuccessful public campaign to have the federal government permit her to remain in the U.S.

"I'm only asking for an opportunity that they let me stay with my family, that they don't separate us," Gomez said in Spanish shortly before heading across the border, the San Diego Union-Tribune reported. "They're separating me from my family forever. I don't have a hope of seeing them after."

Gomez, a mother of three who has no criminal record, owned a store in San Diego and had recently bought a home there. She arrived in the U.S. for the first time in 1988 and kept returning despite being deported three times in the 1990s and the mid-2000s.

She was picked up again last year after an anonymous phone call to U.S. Immigration and Customs Enforcement. Her previous deportations made her ineligible for asylum. Last month, she was rejected for a program that shields some relatives of serving military members from deportation.

Her son, 2nd Lt. Gibram Cruz, 30, drove from his base in Arizona to see her in a surprise visit last week.

Cruz said he was unsure whether he would be able to see his mother in Mexico. He works in intelligence and cannot travel to foreign countries without permission.

"I feel betrayed, to be honest," Cruz said. "The sacrifices that my mother and I have done for my country have been in vain."

Gomez and her family said they were afraid to be sent to Mexico, where her brother was kidnapped, held for ransom by cartel members and then killed several years ago in her hometown of Acapulco, the Union-Tribune said.

After her arrival, Gomez called her children from Tijuana, where she planned to stay for several days with her half-sister while figuring out her plans. Her daughter, Karla McKissick, brought her some clothing.

Gomez, however, said the fight is not yet over.

"Maybe there's still something to be done," she said. "All is not lost. I truly believe that." 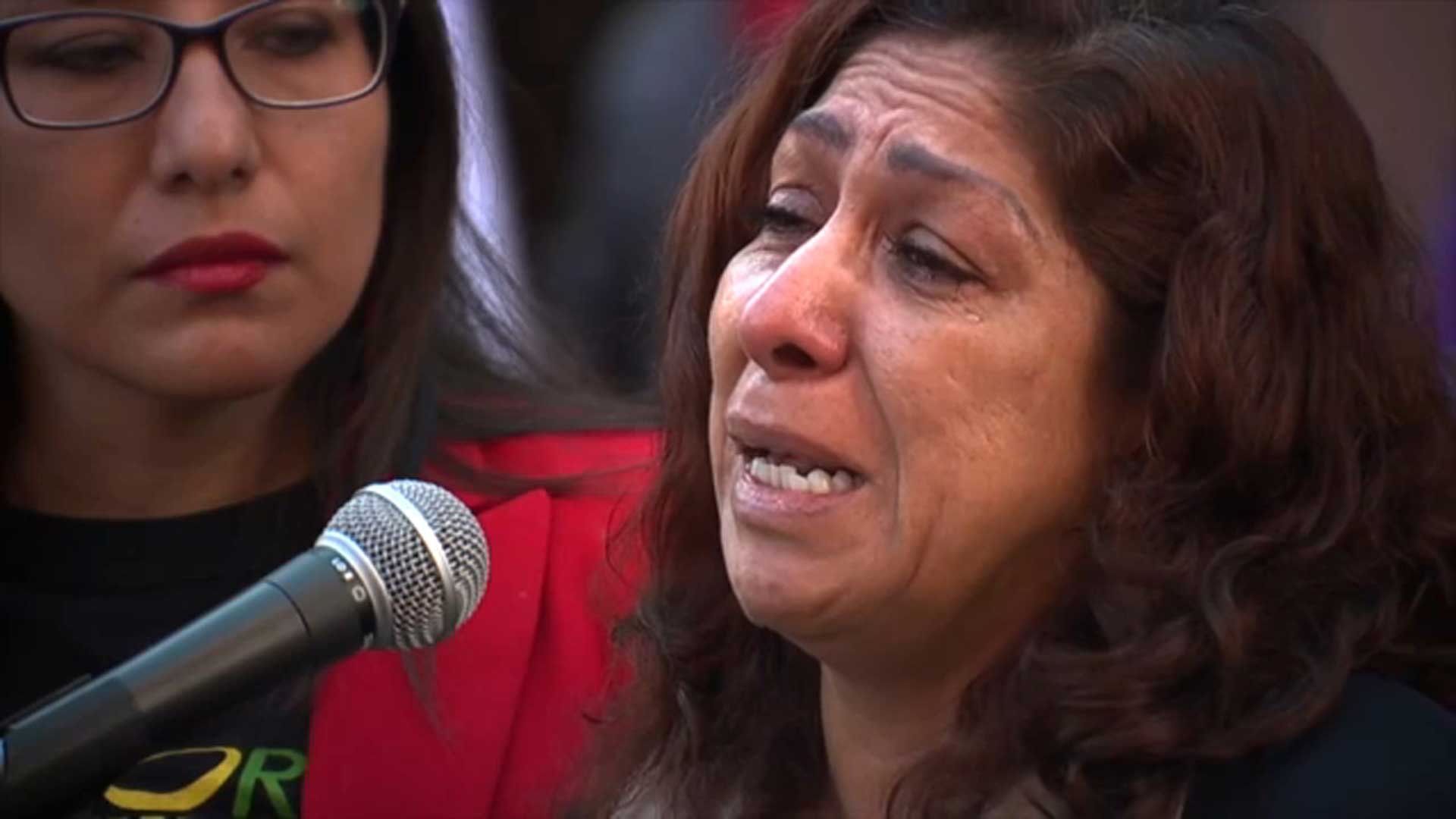