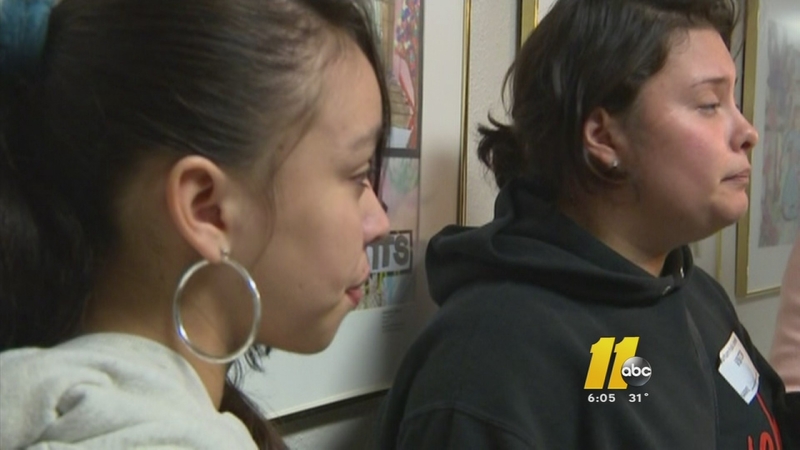 DURHAM (WTVD) -- Durham school leaders fear the impact deportation is having in their classrooms. Teachers say some students are refusing to go to school.

One student in the school system is in the process of being deported. Others are afraid it could happen to them to.

Ellen Holmes is a teacher at Riverside High School. She is losing students over fears of being deported. "A lot of kids are choosing to drop out because they are so scared to even try to go to school," Holmes says." I am just trying to work with students on a daily basis and work through the fear that they feel, and it's definitely affecting the school climate as a whole."

Last month, 19-year-old Wilden Guillen-Acosta, a senior at Riverside High School, was detained by immigration agents. He was taken into custody at home, and is in the process of being sent back to Honduras.

The Durham School Board took notice - passing a resolution condemning ICE Agents actions in deporting Guillen-Acosta. And saying students like him should return to their families.

Viridiana Martinez of Immigration Alert said the system is flawed and does little to protect immigrants such as Guillen-Acosta looking for a safer and better life.

"He fled. He escaped and came here to the US where he is seeking refuge," Martinez said. "So we have the same question. Why is he being deported, when he is being deported to his death?"

According to immigration agents, Guillen-Acosta was on their priority list after a judge reviewed and denied his appeal.

In a statement to ABC11, Cox wrote: "ICE focuses its enforcement resources on individuals who pose a threat to national security, public safety and border security. This includes individuals, whether alone or with family members, who have been apprehended while attempting to unlawfully enter the United States, recent border crossers, and individuals who have received a final order of removal on or after January 1, 2014."

U.S. Rep. G.K. Butterfield (D-NC) also released a statement. "The Durham City Council and Durham's Board of Education recently passed resolutions regarding deportation actions in the city and I support their efforts. Mr. Acosta's case is concerning and demonstrates why Congress needs to take up comprehensive immigration reform legislation without delay. In the meantime, I would encourage immigration officials to focus their enforcement priorities on those who pose a threat to our communities rather than high school students."

There are three teenagers in the Triangle detained by federal officials.