'I have to forgive them': Family of Sanford woman shot, killed in car reacts to arrests 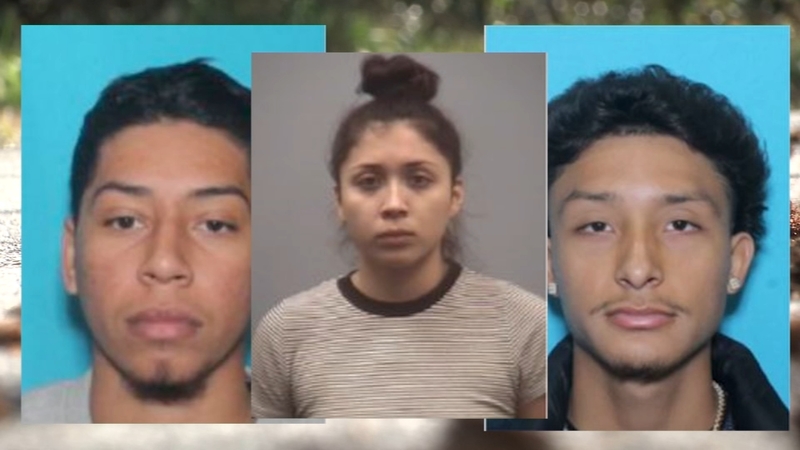 'I have to forgive them': Family of Sanford woman shot, killed in car reacts to arrests

SANFORD, N.C. (WTVD) -- A grieving Sanford family is finding some relief with the Monday arrests of three people connected to their loved one's shooting death.

It's been three weeks since the Jan. 11 shooting, and Felicia Richardson is still trying to process her granddaughter's death.

Sanford police said 22-year-old Diamond Richardson was shot while riding in the passenger seat of a car near Simmons and Moore Street.

Diamond was rushed to the hospital where she was pronounced dead.

"There's nothing I can change about it, so I'm just living with it day-by-day," Richardson said.

Authorities arrested Emrique Lee and Vicente Alvarez, who are both facing a list of charges, including first degree murder.

When Richardson heard the news, there was a sigh of relief; but also, more pain when she saw that Lee was one of the suspects facing murder charges.

"This is not the first time I've had to forgive somebody for something like this. So yes, I have to forgive them," Richardson said.

The longtime Sanford resident said she's known Lee since he was a child and spoke to his family often.

"The guys, I can't believe they were in that situation, because they were raised in the church," Richardson said.

All three suspects made their first court appearances on Tuesday morning, each are being held at the Lee County Jail.

Though Richardson forgives the trio, she wishes "they would've thought of the consequences of doing it".