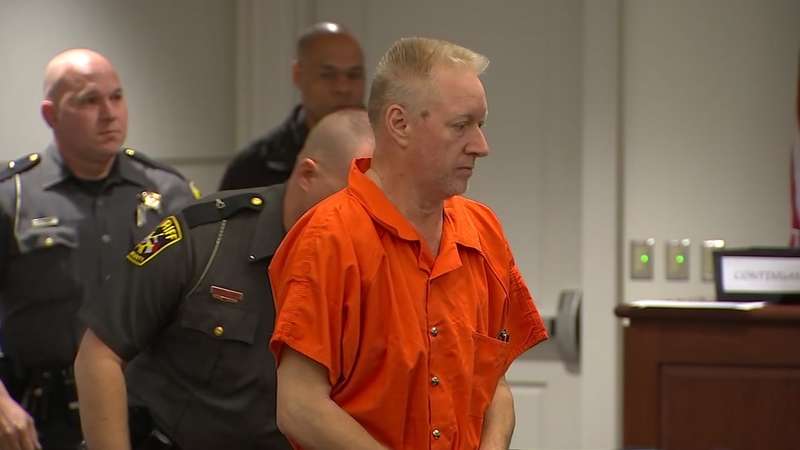 He appeared in a Nash County court around 9:30 a.m.

Before his court appearance, Nash County Chief Deputy Brandon Medina said there was more investigating to do, but he felt the case was solid.

"We're going to follow up on every lead. There are some leads that we still have to follow up on in that case just to make sure that everything--I'm satisfied, you know with having almost 20 years of investigative experience, that that case, in my opinion, is a solid case."

.@NashCountySO giving updates this morning on the the Diana Keel Murder investigation. Her husband, Rexford Lynn Keel is in court today. #ABC11 pic.twitter.com/xLYARZQ8GC

Diana's body was found on March 12 in Edgecomb County--more than 20 miles from her home--after she'd been reported missing for several days.

Investigators said Lynn Keel was interrogated and released. As more evidence was uncovered, investigators determined he was responsible for his wife's death.

When investigators went to arrest him, he was gone.

A multi-day search eventually ended when Arizona law enforcement caught the suspect and placed him under arrest.

He has since been extradited back to North Carolina.

Lynn Keel's first wife, Elizabeth Bess Edwards Keel, also died. Her death was ruled an accident, with investigators being told she fell and hit her head on the corner of a set of concrete stairs.

Medina said the case on her death has not officially been reopened. However he said investigators will talk to the District Attorney and figure out the proper way to proceed in investigating her death.

"There are some questionable things in there that I would like to maybe get individuals to expand a little bit more on, to give us a clear picture of what actually happened," Medina said.

Part 2: @NashCountySO update this morning on Diana Keel murder investigation. Her husband Rexford Lynn Keel charged with murder. He appears in court today. Investigators want to reopen the investigation into his first wife’s 2006 death. Listen to this explaination why👇🏽 #ABC11 pic.twitter.com/A6U9vCKtaq