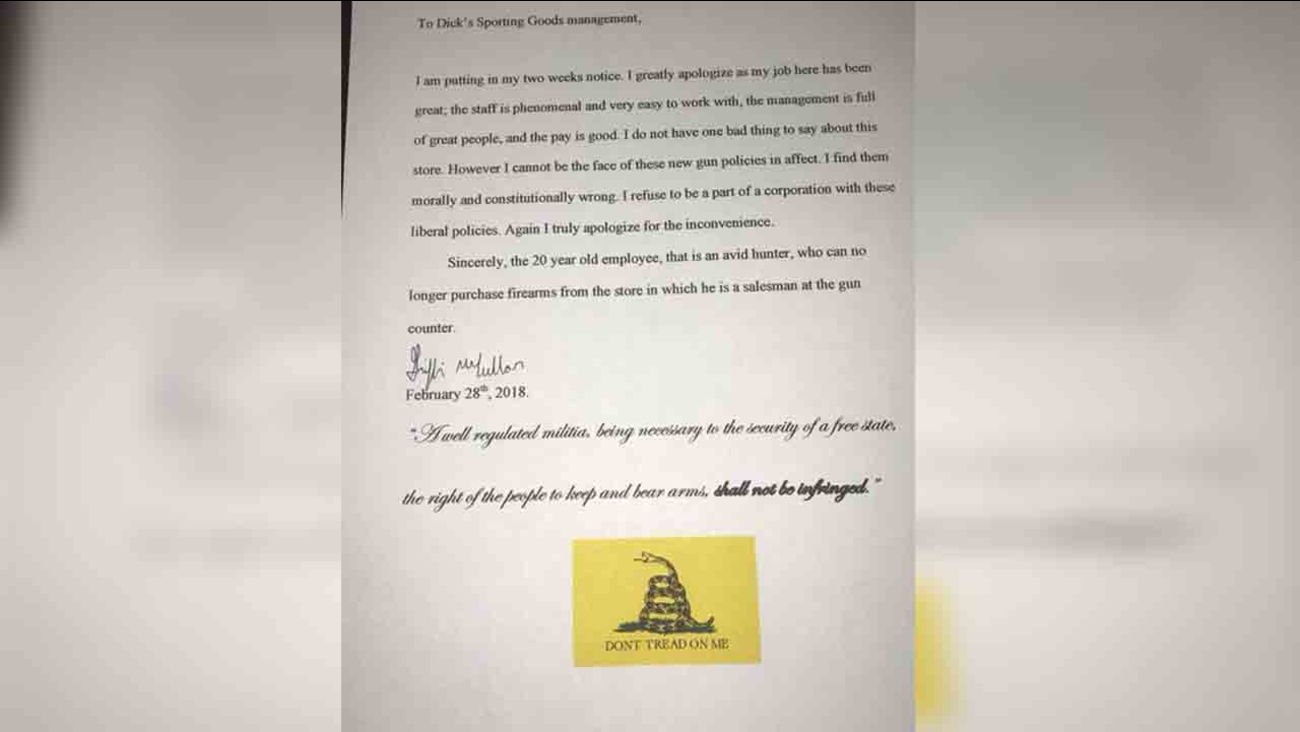 Griffin Mccullar posted this resignation letter to Facebook after DICK's announced they will no longer sell assault-style weapons to those under the age of 21 (Credit: Griffin Mccullar via Facebook)

SWANSBORO, N.C. -- A North Carolina salesman at a DICK'S Sporting Goods store said he quitting his job over the store's new "liberal policies" on gun sales.

" ... I do not have one bad thing to say about this store. However I cannot be the face of these new gun policies in affect. I find them morally and constitutionally wrong. I refuse to be a part of a corporation with these liberal policies ... Sincerely, the 20 year old employee, that is an avid hunter, who can no longer purchase firearms from the store in which he is a salesman at the gun counter."


The 20-year-old felt he could no longer work for or support a company where he could not buy guns himself.

On Wednesday, DICK'S Sporting Goods, the nation's largest sporting goods retailer, announced it will stop selling assault-style weapons like the one used in the Parkland, Florida, high school shooting, in which 17 people were killed.

The company said it will also raise the minimum age for all gun sales to 21.

DICK'S will not sell high-capacity magazines that allow shooters to fire far more rounds than traditional weapons without reloading, as well as other accessories used with weapons similar to the AR-15.