Watch 'The Most Magical Story on Earth: 50 Years of Walt Disney World' on ABC on Friday, Oct. 1
CNNWire
By Forrest Brown, CNN 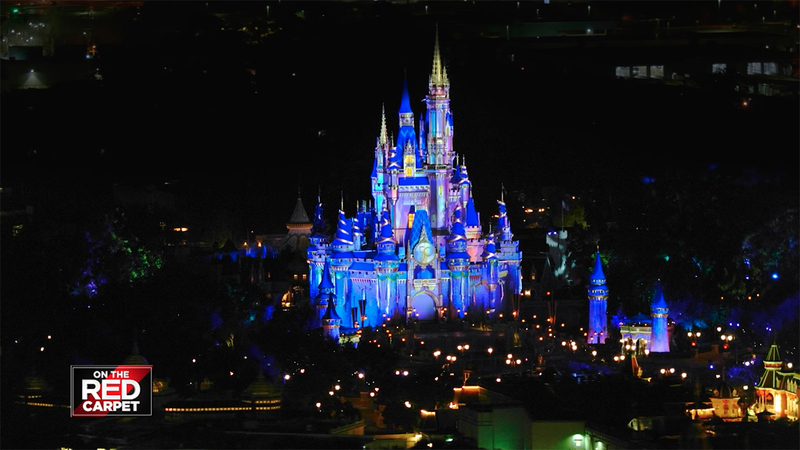 LAKE BUENA VISTA, Fla. -- It changed acres and acres of orange groves. It changed Orlando. It changed Florida. It changed an already legendary company. And it changed the entire theme park industry.

Walt Disney World Resort opened on October 1, 1971. And on its 50th anniversary, it continues to be a major driver in the travel world, weathering big shifts in tourism trends, notorious Florida hurricanes and a pandemic.

Back in '71, there was just the one theme park, Magic Kingdom, along with a couple of adjacent golf courses and resorts.

Since then, three more major parks have been added: Epcot in 1982, Hollywood Studios in 1989 and Animal Kingdom in 1998. In addition, the water parks Typhoon Lagoon (1989 and temporarily closed) and Blizzard Beach (1995) were added to the resort.

Go behind the scenes of "The Most Magical Story on Earth: 50 Years of Walt Disney World" on ABC Friday, Oct. 1.

And Disney now has 12 parks in six different resorts on three different continents.

The Florida park was actually the second baby in the Disney bunch. It came 16 years after Southern California's Disneyland, which opened on July 17, 1955.

But sibling No. 2 didn't stay in the shadows.

"Obviously, WDW has become one of the most popular tourist destinations in the world in its short 50-year history," said Martin Lewison, an associate professor of business management at Farmingdale State College on Long Island, New York, in an email interview.

Known in theme park circles as "Professor Roller Coaster," he said Walt Disney World is a dominating force in the global attractions industry.

Karl Schmid reports on how Walt Disney World imagineers added even more magic to the park for its 50th anniversary celebration!

"Just as the 1955 opening of Disneyland in California convinced other entrepreneurs that theme parks were a good investment ... the opening of Walt Disney World in 1971 led to another spurt of theme park building in the USA," he said.

Lewison noted some of the major amusement parks that followed soon after: Kings Island in Ohio in 1972, Carowinds on the North Carolina-South Carolina border in 1973, Six Flags Great Adventure in New Jersey in 1974 and Kings Dominion and Busch Gardens in Virginia in 1975.

Professor Roller Coaster plans to visit the park for the first time since 2019 in November for the International Association of Amusement Parks and Attraction Expo.

His favorite rides include the classics such as Pirates of the Caribbean and the Haunted Mansion and some of the newer rides such as Avatar Flight of Passage.

He said he's looking forward to his first ride on Mickey & Minnie's Runaway Railway, among others.

Changes and traditions at the park

A whole lot has changed at the Florida park since 1971. Notable additions came years and decades later: Space Mountain (opened in 1975), Splash Mountain (1992) and the Seven Dwarfs Mine Train (2014).

Despite all the changes and advancements 50 years have brought, some of the original rides and attractions from 1971 remain today.

They include beloved favorites such as the Country Bear Jamboree, Dumbo the Flying Elephant, the Haunted Mansion and the Tomorrowland Speedway. Jungle Cruise has recently been updated at Disneyland and Disney World to address racially insensitive stereotypes.

And of course, the signature structure of the park, Cinderella Castle, has been there from the start, though she's seen some makeovers over the years.

How Disney will celebrate the anniversary

Disney's 50th anniversary party starts on Friday, but it's hardly going to be a one-day affair.

This is going to be an 18-month party. And celebrations will be held not only in the Magic Kingdom but at the other three of the resort's theme parks.

A "Beacons of Magic" show starts Friday, where signature structures in each park will be specially illuminated: Cinderella Castle in Magic Kingdom, Spaceship Earth at Epcot, Hollywood Tower Hotel at Hollywood Studios and the Tree of Life at Animal Kingdom.

This being Disney, that's just the tip of the iceberg. Click here to find out more about the resort's celebration.