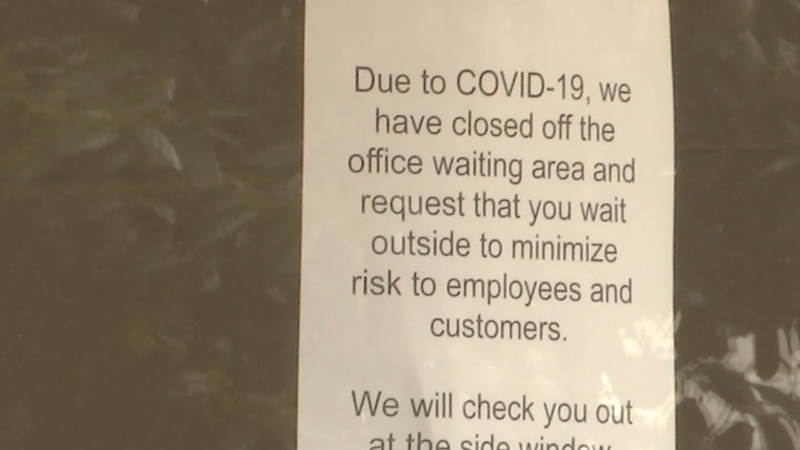 CARY, N.C. (WTVD) -- A stay-at-home order is in place, and many businesses were forced to shut down because of COVID-19 concerns. However, many ABC11 viewers are reaching out because they are upset that the state is still requiring drivers to go out and get their vehicles inspected, plus there is no forgiveness when it comes to registering your car on time.

Dennis Bergo reached out to Troubleshooter Diane Wilson after the DMV charged him a late fee of $15 when he was one day late registering his vehicle and paying the state property tax.

"I just feel it's unfair. NC Gov. Roy Cooper has told utility companies, credit card companies not to charge any interest for late fees or disconnect services because of late payment. I visited the NCDMV and was charged a $15 late fee for being one day late," Bergo said.

"Somehow or another, we can get a wakeup call to these lawmakers of NC; there's a lot of people impacted financially," he added.

Other ABC11 viewers reached out with concerns that the state is still requiring vehicle inspections to happen on time despite the stay-at-home order.

To get to the bottom of it, Troubleshooter Diane Wilson contacted the NC DMV.

According to DMV spokesperson Steve Abbott, the DMV doesn't have the legal authority to extend registration expiration dates.

"They are set in state law, and as such only, the General Assembly can grant that ability, and we will formally request that when legislators are able to meet this month," Abbott said.

When it comes to late fees, he added that fee is automatically assessed within the renewal system; if someone didn't renew during the 90-day window, they had to do so, so at least as of now, it will continue.

"What to do about the fee will be discussed as we move forward with the effort to extend expiration dates," Abbott said.

There is a grace period when it comes to the registration renewal in terms of law enforcement. Abbott said that if you missed the deadline, you still get until the 15th of the following month to inspect and renew before you can be ticketed for driving with an expired registration.

We checked with several inspection stations around the Triangle, and many said it is business as usual, except they are taking more precautions to disinfect cars and the inspection centers.

Gil has this advice for drivers when it comes to inspections on their vehicle: "If it's not due for two to three months out, we can do it up to 90 days ahead so I would probably just wait. It's not really worth the risk just to come to get it done early just because."

If it's due sooner rather than later and you don't feel comfortable driving it in, Gil suggests, "If you're elderly or a high-risk group, I would wait or have a family member or friend who is in better health come get it done for you."