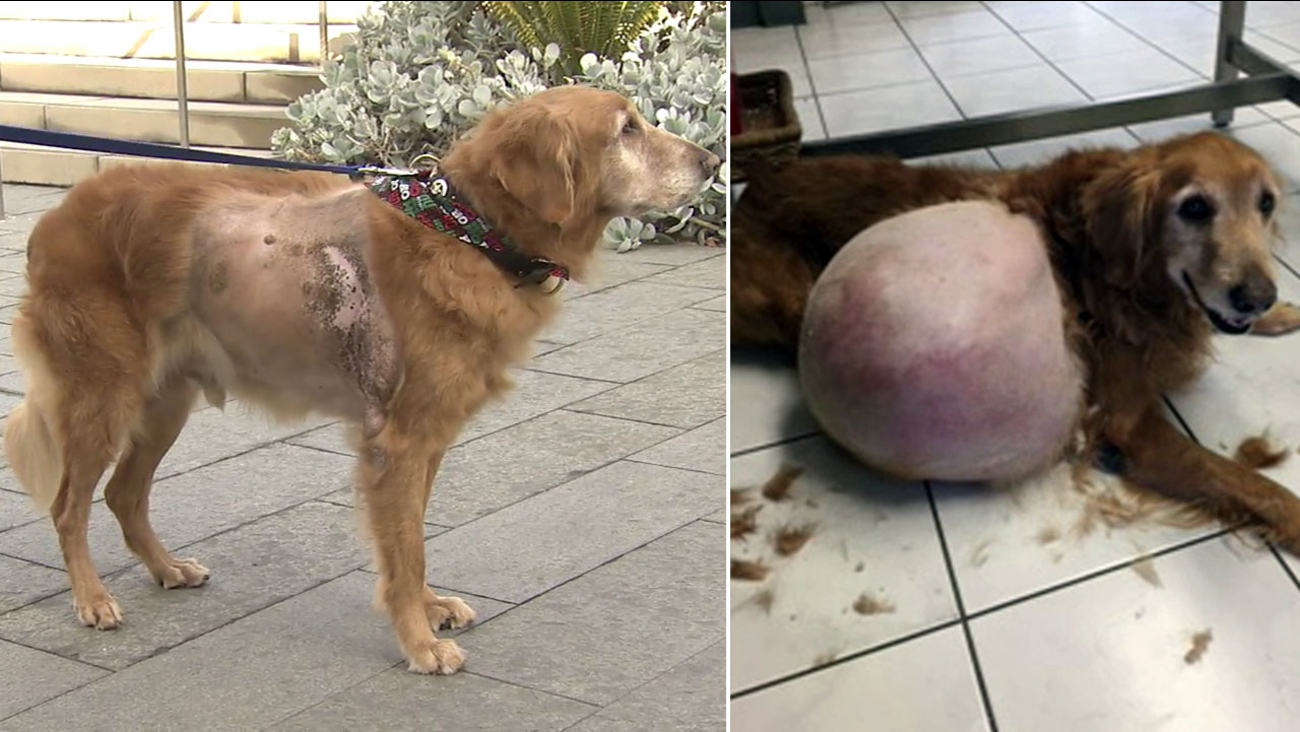 NEWPORT BEACH, Calif. -- A woman, who Newport Beach, Calif. police said abandoned her golden retriever with a massive tumor at an animal hospital, was charged with four misdemeanors Wednesday.

In May, the owner of a 7-year-old dog named Henry left him at an animal hospital, claiming she found him at the beach. Henry suffered from a 42-pound malignant tumor on his side.

He was taken into the custody of Newport Beach Police Department's Animal Control unit and received veterinary treatment. He continues to receive medical care so the tumor does not grow back.

His owner, Sherri Haughton, was charged Wednesday with four misdemeanor counts, including life-endangering animal neglect and failure to care for an animal.

She is set to be arraigned in January.