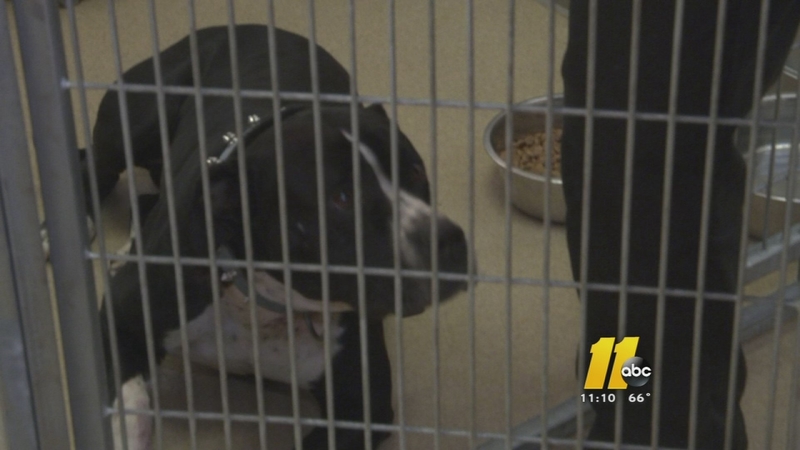 FAYETTEVILLE (WTVD) -- An elderly Fayetteville woman is recovering in the hospital from a dog attack Wednesday afternoon.

Relatives say Linda Buie lost part of her finger and received some nasty bite wounds to her hand, face, and head.

The dog, named Hercules, was chained to a front porch ramp, a few feet from the street.

Animal control officials say when Buie walked close to the dog, the animal attacked her and a neighbor who tried to help.

Owner Wayne Buie said his 7-year-old mixed pit/boxer was protecting his property. He said his dog has never bitten anyone and is not vicious. At the animal control compound, where the dog is under 10-day quarantine, Hercules appeared docile and friendly.

"In this case, the dog seems like a friendly dog," said Animal Control Lt. Elaine Smith, "but anytime a stranger comes on the property, your dog can act in a manner that can cause injury, and that's what happened here."

Smith said the dog's owner violated local animal control ordinances by keeping the dog too close to the street and illegally tethering the dog.

Smith said the case is being investigated as a potentially dangerous dog. She said to get the dog back Wayne Buie will have to get a $50,000 liability insurance policy, build an enclosed dog pen, and pay around $500 in fines and fees.

Wayne Buie said that he doesn't have that kind of money, and will likely surrender Hercules to animal control to be euthanized.