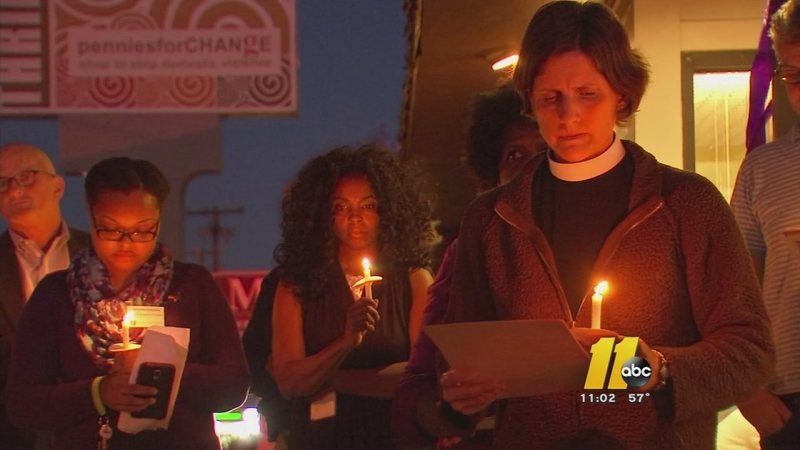 DURHAM (WTVD) -- Victims of domestic violence were remembered Thursday evening at a candlelight vigil in Durham.

"To honor the lives that were lost, honor those who have gotten out of domestic violence," explained Aurelia Sands-Bell with the Durham Crisis Response Center.

The names of those recently killed were read aloud, including Tierra Hall - the 17-year-old Jordan High School student allegedly stabbed to death, at the hands of her ex-boyfriend last April.

Last winter, it was 57-year-old Anthony Martin who was stabbed to death in his east Durham home. His wife is accused of the murder.

The last name called was 40-year-old Raluca Iosif, who was found shot to death in her Durham driveway just last week.

The gunman, who shot himself, was her estranged boyfriend.

The folks at the Durham Crisis Response Center said they want to remind anyone in an abusive relationship there is hope.