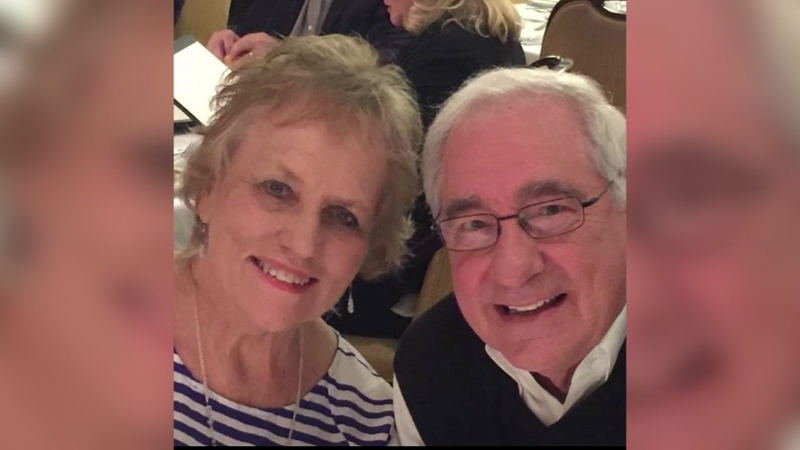 Durham pastor reflects after spending 50 years in one pulpit

DURHAM, N.C. (WTVD) -- On Sunday, Feb. 15m 1969, gas was 35 cents a gallon. Richard Nixon was three weeks into his presidency. And Sly and the Family Stone topped the record charts.

"I cannot believe it's been 50 years," he told ABC11. "I did not think when I first started pastoring I would pastor 50 years."

But he has. On Sunday, Feb. 24, the church -- now called Bethel Christian Center -- will begin two weekends of celebrating their pastor of half a century.

A native of Clinton, North Carolina, Westbrook moved to Durham in 1959 and married the daughter of a pastor, the Rev. Zeb Vance Holder.

When Rev. Holder passed away in 1969, Westbrook was voted in to assume leadership of Bethel, the church his father-in-law had founded a decade earlier.

Does he remember that very first sermon he preached?

The young lady he married, Carrol, has now been his wife for 55 years.

She said it has been an honor being at her husband's side in ministry all these years.

"If I could have been anything else in the world," Westbrook told ABC11, "I wouldn't trade the position that I've had of supporting my husband and working in the Kingdom for any position. No matter what."

Not only has Bethel's name changed over those 50 years, but the non-denominational church's location has changed as well; first on Highway 55, then on Main Street, and on Rose of Sharon Road since 1991.

And Pastor Westbrook has changed, too, he has gone through cancer "several times," and has recently completed his last treatments of chemotherapy.

"I get good reports; I'm in good health," he said. "There's very few Sundays that I'm unable to preach. But I have many good quality men and women that preach for me that I could call on at any time and they would do such a wonderful job."

His biggest regret looking back on those five decades?

"I think my biggest regret is not finding out or learning early in my pastorate that Jesus Christ is the shepherd of the church and I'm the under-shepherd. I didn't know as much as I thought. I thought I knew more than I did, at the age of 26!"

Now at age 77, Westbrook said he's not sure when he'll retire, although a transitional committee has been set up in the church for that day.

Westbrook said as a pastor's wife, she had to learn to let things roll off her back.

"I personally have seen so many wounded pastors' wives that it became a burden on my heart to explore what can make a difference -- how can I not be a wounded pastor's wife? And I decided early on not to take the things that are said and done personal. I'm working for the Kingdom, and this is God's church."

And although he's been preaching for longer than many of his congregants have been alive, Pastor Westbrook said he never wants it to become "old hat."

"I pray very hard and I pray often: 'Lord, don't let that happen to me because I know it can,'" he told ABC11. "Sure, there are times when I could do it with my eyes closed, so to speak, but I try not to do that and try to make it fresh every Sunday morning."
Report a correction or typo
Related topics:
religion & spiritualitydurhamreligiondurham county news
Copyright © 2022 WTVD-TV. All Rights Reserved.
TOP STORIES
Hurricanes win Game 5, push Rangers to brink of elimination
$1.3M Raleigh home listed on Zillow for $17,000 in latest scam
19 kids, 2 teachers killed in TX school shooting; gunman's mom speaks
4th grader 'did what she had to to survive' Uvalde shooting, aunt says
1 person found dead with gunshot wound in Durham crash
Several companies pull products linked to Jif peanut butter recall
Severe storms possible Friday, nice weekend ahead
Show More
Memorial Day triggers 'heavy' emotions for military families, veteran.
Chapel Hill, Hillside HS students stage walkout for Uvalde victims
Wake, Durham districts discuss school resource officer role
Chapel Hill man charged with murder after body found in burning car
'Goodfellas' and 'Field of Dreams' actor Ray Liotta dies at 67
More TOP STORIES News