Police are the dividing line between Trump supporters, protesters.

FAYETTEVILLE (WTVD) -- Fayetteville police were the line in the sand outside Crown Coliseum between chanting Donald Trump supporters and anti-Trump demonstrators. Inside it was a packed house, at times sounding like part revival, part celebration.

Trump took the stage to a standing ovation Wednesday night from an enthusiastic crowd, and he asked for their pledge of support.

"Do you pledge that on Tuesday you will, you will go and make America great again, and you will vote for Donald Trump?" Trump said. After applause, he added, "Thank you."

Supporters and fans lined up early Wednesday morning for a chance at front-row seats. They came from across the state, and from as far away as South Carolina and Virginia. Their message to the billionaire Republican: We're behind you.

"Trump will turn around the trade deal, bring back jobs from Mexico and China," said Dale Ranney, a supporter from South Carolina. "That's the reason I support Mr. Trump."

This stop is crucial to a North Carolina victory, campaign workers said because of the military, active duty soldiers and veterans. Trump promised to take care of them and asked to crowd to pledge their support for him.

"We win, win, win," Trump said. "We will win with the military, knock the hell out of ISIS, win with the vets take care of our great veterans, and win at the border."

RELATED: What you need to know to vote in the NC Primary

Many in this crowd have heard it before. They have followed Trump at dozens of appearances in the past weeks.

Trump was repeatedly interrupted by protesters who were taken out of the arena by sheriff's deputies amid a chorus of boos from the crowd. Trump called the protesters "professional troublemakers" who gave him publicity.

The protesters were about the only ones who left the rally disappointed.

"I like what I heard," said supporter Jerry Blackman. "I like Trump. It seemed like things we have heard a lot at other rallies, but I think that Trump is slowly rolling out the details."

Dr. Steve Parson, a pastor, came from Virginia to see and hear Trump.

"We need somebody to lead this country that knows how to create wealth, generate money, and get us back on our feet economically," Parson said.

Trump is fresh off wins Tuesday in Michigan and Mississippi.

Trump has won 15 of 24 Republican nominating contests so far but he still must do better to win the nomination before the GOP's national convention this summer.

His lead over Ted Cruz grew by only 15 delegates Tuesday. That's because all four states awarded delegates proportionally, so even the second-place finisher got some. In the overall race for delegates, Trump has 458 and Cruz has 359. Marco Rubio has 151 delegates and John Kasich has 54.

It takes 1,237 delegates to win the Republican nomination for president. 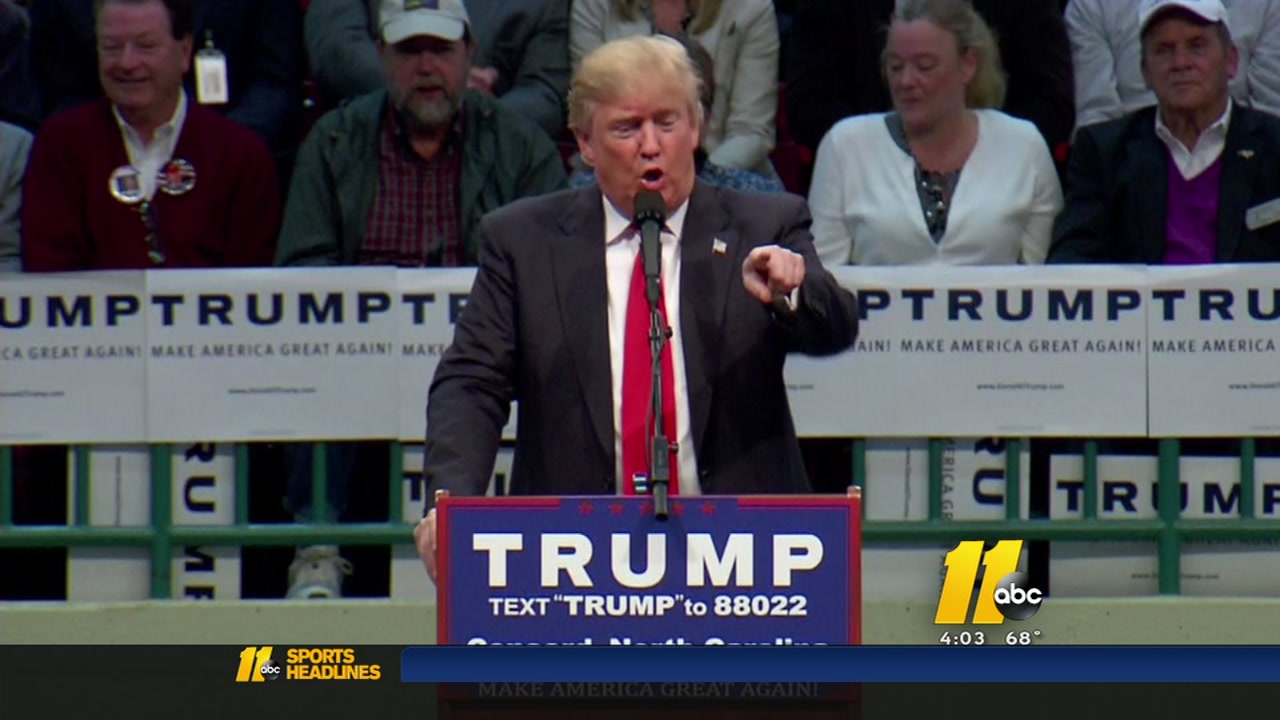 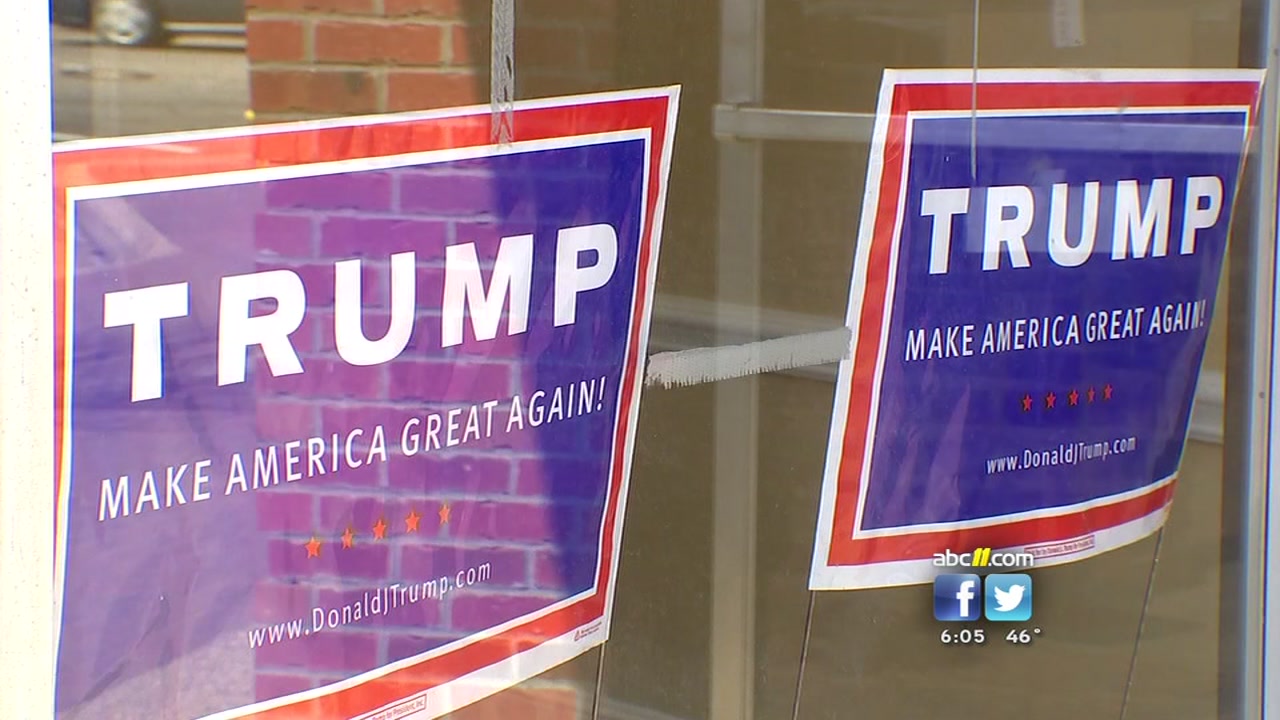 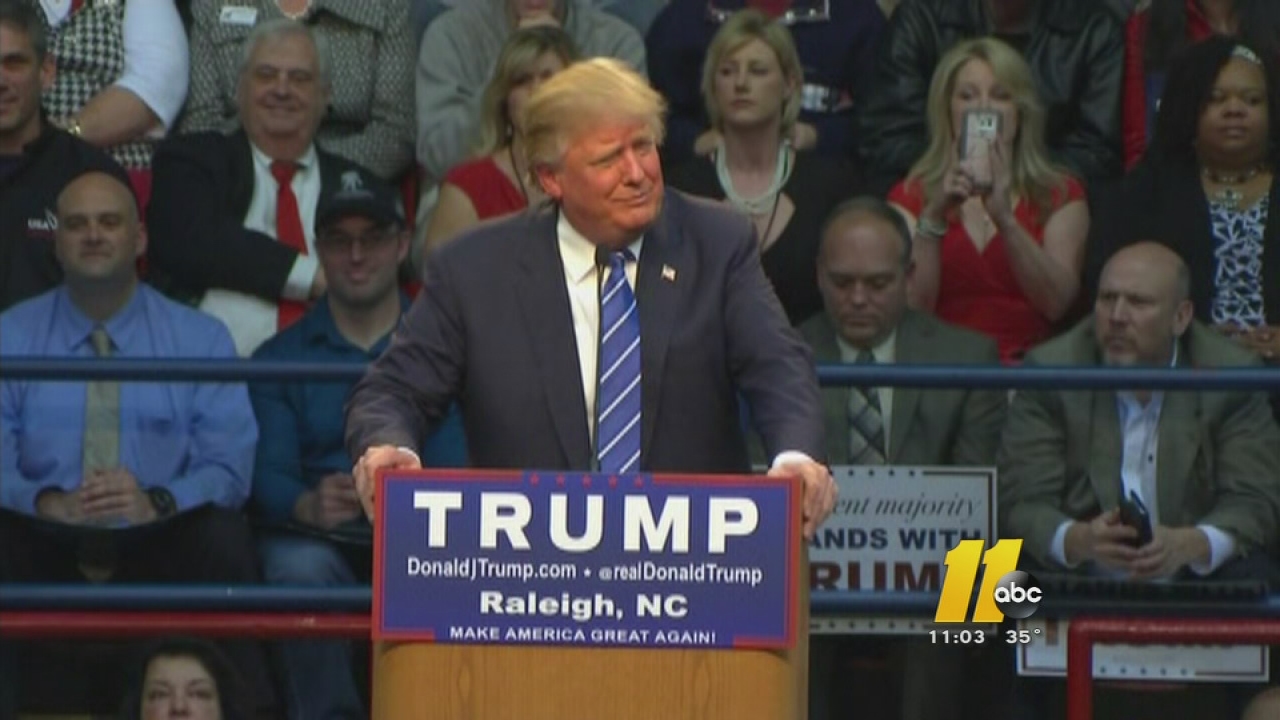