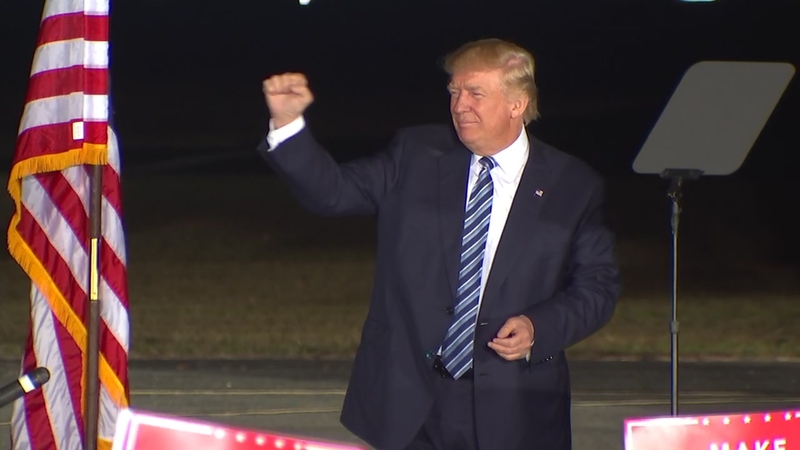 Trump Force One landed in Kinston just after 7 and taxied over to the waiting crowd. He dished out the familiar red meat fueling his populist campaign and took aim squarely at Hillary Clinton.

"She lied to Congress under oath!" he continued. "She's the most corrupt person ever to run for president."

Trump stumped in Lenoir County three weeks after Hurricane Matthew's devastating floods, but did not make mention of the storm. He hit on immigration, taxes, and pushed hard against Obamacare on the heels of the Obama administration's recent projections of double-digit increases in 2017 for the program.

The 90-minute rally was interrupted once by an anti-Trump demonstrator. Trump used the incident to push allegations that the Clinton campaign staff has been colluding with protestors to incite violence at Trump rallies.

But he ended on a confident note.