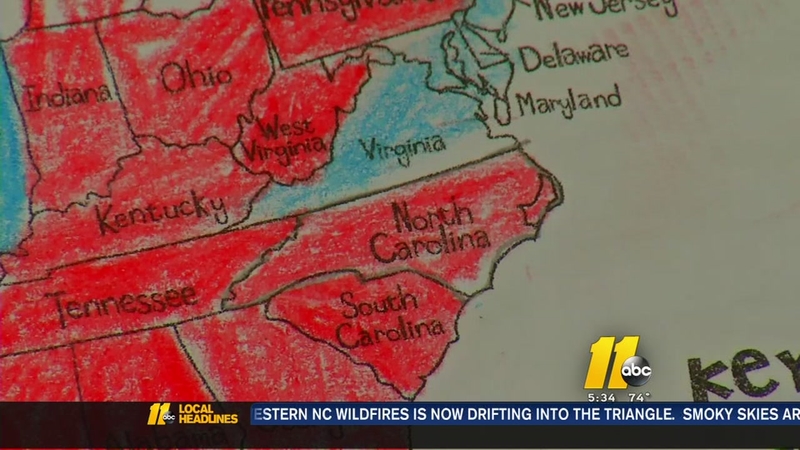 DURHAM, NC (WTVD) -- Grade-school students across the nation have been reacting to the presidential election, and while some are skeptical, a Durham teacher said the fear is real for one student.

Emael Crespo is an 8-year-old third-grader at Eastway Elementary School who is afraid his parents could be deported.

"After the election I got mad because Donald Trump won," Crespo said. "Because he said that Mexico bring drugs."

His teacher, Turquoise Parker, said he was crying the day after the election fearing mass deportation.

"He said 'well Mrs. Parker, our new president, he starts in January and that's when we all have to leave,'" Parker recalled.

"I will go back to Mexico," the boy said.

His mother, Paulina Jaimes, said it's been terrifying.

"Sometimes he wakes up crying saying 'I'm scared, sometimes I feel that you're not here anymore,' " Jaimes said in Spanish.

She held back tears and said "sometimes I start to cry with him too because he thinks like an adult."

When asked how he feels now, the third-grader said "I feel serious."

His mom and teacher are both trying to calm his fears.

"Nothing is going to happen," Parker said. "We're both going to be OK."