'This bridge should be named after him': Demonstration held outside Clinton City Hall to get bridge named after fallen police officer 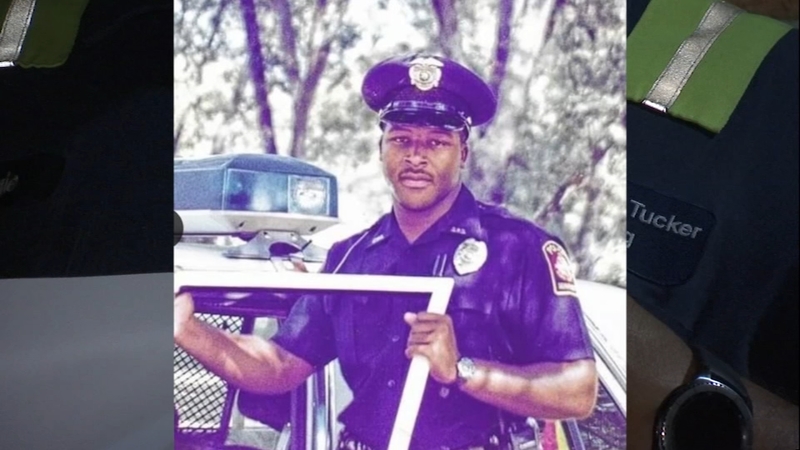 Family battles to get Clinton bridge named after fallen officer

CLINTON, N.C. (WTVD) -- The battle to get a Clinton bridge named after a fallen police officer continued with a demonstration on Tuesday evening.

The Tucker family, who are native to Clinton, stood outside Clinton City Hall, along with other community members, to demand that the Highway 421 bridge be named after fallen Clinton PD officer Donald Tucker.

The small group greeted city council members with signs as they entered the building for their Tuesday evening meeting.

"This bridge should be named after him," said Billy Tucker, Officer Tucker's father.

Officer Tucker was killed on Nov. 14, 1991, during an undercover drug operation, while he was being loaned to Carteret County law enforcement.

With the 30th anniversary of his death coming in 2021, the Tucker family wanted to honor him by having the local bridge named after their son.

Councilman Daniel Ruggles introduced a resolution in October to make this wish come true. According to Ruggles, the NCDOT project would not have cost the city a single penny and would not affect the name of the current freeway.

The resolution did not get the needed unanimous vote because some city council members worried about leaving other fallen first responders out of the designation.

Instead, during Tuesday night's meeting, the city council approved a 10-member committee that would be designed to handle the matter and other scenarios involving local fallen heroes. Mayor Lew Starling suggested naming it the "Fallen Heroes Bridge" and having the names of several fallen firefighters, on top of Officer Tucker's name, displayed on the bridge.

Officer Tucker's parents like the idea of the committee but argue the bridge should just be dedicated to their son.

"He's the only officer to be killed in the line of duty, since the history of the police department and to me, it's just, it's just wrong," Billy Tucker said.

Officer Tucker's name sits outside a Clinton PD's memorial, but Glenda and Billy want to see it displayed in a more public area, as the 30th anniversary of his death quickly approaches.

Glenda Tucker gave a passionate speech to city council members, stating that she feels like it wouldn't be such an issue if they were a different skin color.

Along with Officer Tucker's parents, several other community members urged city leaders to make the bridge designation happen. ABC11 spoke to Mayor Starling about the outcry.

"I very much respect that and have a lot of respect for the Tucker family," Starling said. The mayor told ABC11 the newly formed committee will have to decide how they move forward.

Right now, Mayor Starling expects to fill all 10 positions by the end of 2020. He also said that the construction on the Highway 421 bridge will not be completed till 2022.