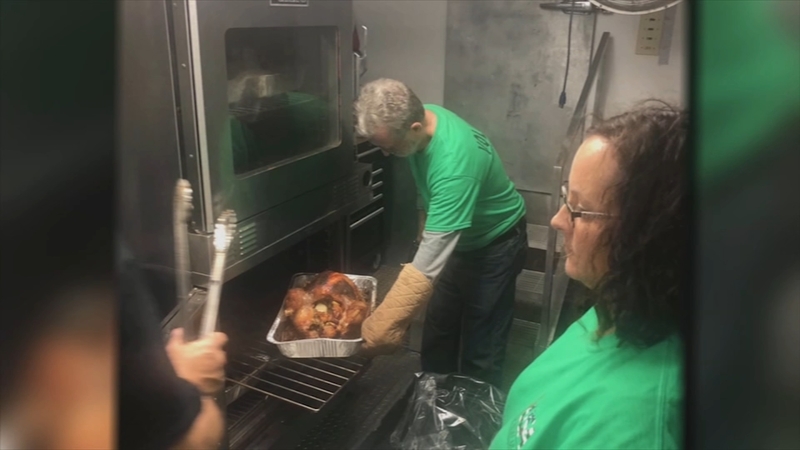 Volunteers help give those struggling from Hurricane Dorian a proper Thanksgiving

OCRACOKE, N.C. (WTVD) -- Months after Hurricane Dorian swept up the North Carolina coast, many families still have a lot on their plate. With the effects of the storm still lingering throughout the area, some still don't have homes and are dealing with limited resources.

That's why it was important for those struggling to bounce back from the natural disaster to enjoy a traditional Thanksgiving. They were able to thanks to a religious organization and its volunteers.

Ever since Dorian, Katherine Pendry with Liberty Christian Fellowship has collected donations for Thanksgiving. She's one of several that helped serve Thanksgiving dinner to people on the island who lost their homes.

"We just wanted to help them," Pendry told WVEC. "We've been able to get some really fresh veggies, and with donations and stuff, we were able to hit the grocery stores and get a lot of fresh stuff."