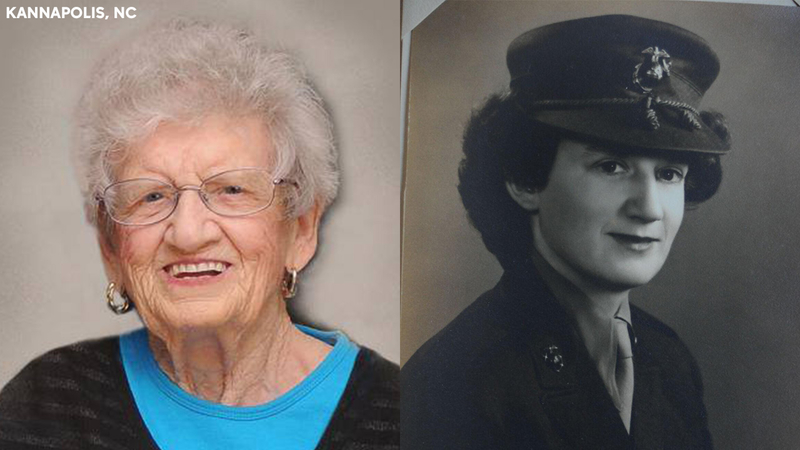 The city of Kannapolis said Sgt. Dot Cole joined the Marines in 1943 during World War II and completed her training at Camp Lejeune.

Happy 107th Birthday to Dot Cole! Sgt. Cole, of Kannapolis, is the oldest living U.S. Marine in the United States. She joined the Marines in 1943 during WW II. She completed her training at Camp Lejeune and was then stationed at Quantico primarily in an administrative role. pic.twitter.com/mHZGMPNIxO

Sgt. Cole was stationed primarily at Quantico in an administrative role.