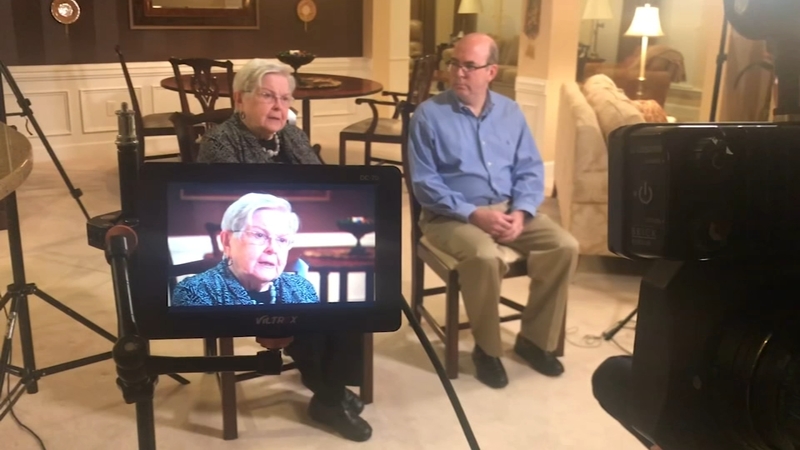 CARY, N.C. (WTVD) -- As Dotty Morefield reflects on the 40th anniversary of the beginning of the Iran hostage crisis, she explains why the moment her phone rang on Nov. 4, 1979, is seared in her memory.

The U.S. State Department was calling to say revolutionaries had stormed the American embassy in Tehran where her husband was a high-ranking diplomat.

Morefield became an overnight national figure as the spokesperson for hostage families.

"I was functioning as a wife and mother. I wanted my husband home," Morefield recalled.

ABC News chronicled Morefield's effort to keep the hostages front of mind across the country during a terrifying 14-month ordeal, as her husband, Dick, was among 52 American hostages held at the embassy.

Their son, Steve, was 15 years old at the time.

"It was the one thing that we could do back home," Steve Morefield said. "Make sure they weren't forgotten."

"I was terrified," Dotty Morefield said. "I was absolutely terrified. I was so out of my league. I mean I'd run PTA meetings, not confronted people like him."

She was concerned about the possibility of retribution against her husband because of her televised comments.

"I was afraid it would hurt Dick in some way. But I also knew it had to be done."

After a 444 day wait, a diplomatic breakthrough led to freedom for the hostages.

Morefield read to us the Telegram she received from President Carter on Jan. 20, 1981.

"The dignity and courage that you have shown during the months that you have waited for the hostages' safe return will be remembered. -Jimmy Carter."

Morefield took her children to New York to greet Dick and the other hostages on the tarmac at Stewart International Airport.

"Even now I remember that moment," Morefield said. "I thought 'It's really over. It's done. It's finished.'"

Morefield says her husband reflected on his time in captivity over the years.

"He was able to open up, the deeper parts, the fear parts of it, he never slept a full night through for the rest of his life," Morefield said.

He also explained to his wife one particular moment of extraordinary terror.

"Very early on in his captivity someone grabbed him, threw him on the floor put a gun to his head, and pulled the trigger."

Dotty Morefield believes his time as a hostage shortened his life.