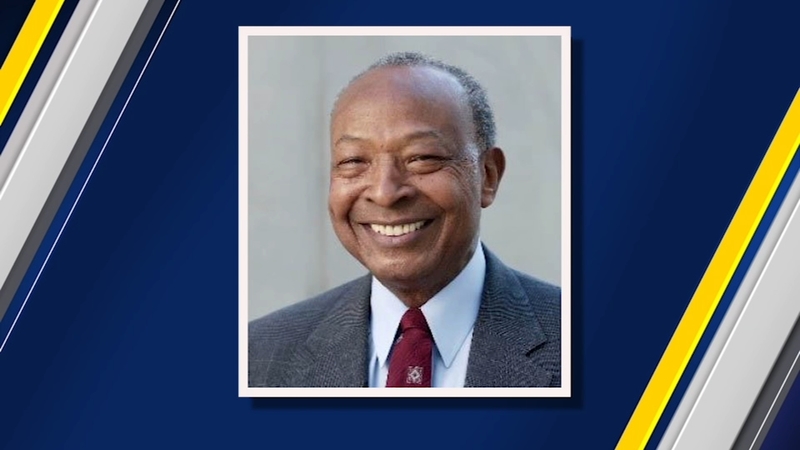 DURHAM, N.C. (WTVD) -- A pioneer in medicine in the Triangle has died.

He was also the first Black physician on the faculty at Duke.

Johnson joined Duke in 1970. He served on the faculty of the School of Medicine for 26 years until his retirement in 1996.

Johnson was born on July 28, 1927, in Acmar, Alabama, and later earned his BS degree in physics from Howard University in 1953.

He also served in the Air Force as a fighter pilot and rose to the rank of captain.

On September 1, 1970, Johnson was named assistant professor of medicine in the Duke University School of Medicine and moved his practice to the Private Diagnostic Clinic (PDC). In 1974, he was promoted to associate professor of medicine with tenure, and in 1995 Dr. Johnson was promoted to full professor. He retired in 1996 but remained a professor emeritus and an active and treasured mentor and leader for Duke faculty and students until his passing, the university said.

"His views have had a major impact on me and many others. For a long time, he was the only one pushing for change - and sometimes people gave him heat for that because he was completely honest - but his influence on the medical center has been enormous. He's helped show the rest of us how to make Duke a better place," the late Brenda Armstrong, who served as associate dean of Medical School Admissions for 20 years, said of Johnson in 1996.

Johnson was instrumental in improving Duke's recruiting practices to attract more diverse candidates. At the time of his retirement, Duke had minority faculty and staff in every clinical department and had more minority medical students than ever.

"Dr. Johnson's influence and impact on Duke University and in particular the School of Medicine and Duke University Health System cannot be overestimated," said Mary E. Klotman, Dean, Duke University School of Medicine. "He is an institutional treasure, and we will miss him and his wisdom, kindness, and tenacity. And while we can see and feel the bearing of his legacy, we know that together we must continue our work, sharing Dr. Johnson's vision for greater justice, diversity, and inclusion across our institution and beyond."