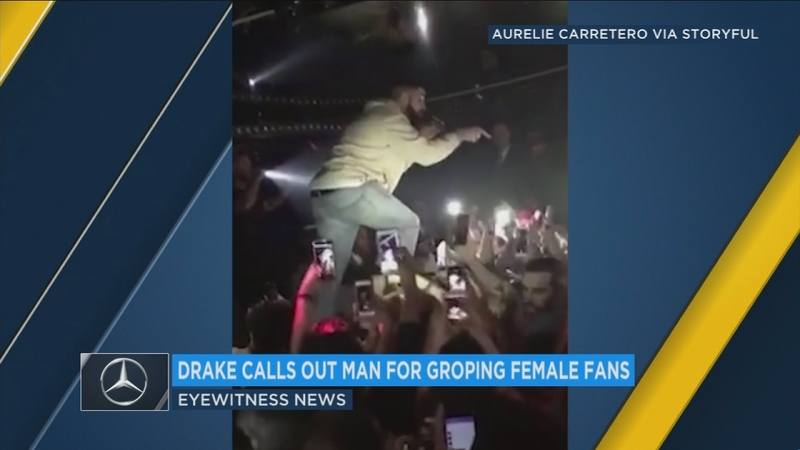 Rapper Drake won't tolerate sexual harassment at his shows, and he made that clear to one man in the audience at a venue in Australia Tuesday.

Drake stopped -- mid-performance -- to call out a man in the crowd for groping several women.

"Yo, stop (expletive). If you don't, if you don't stop touching girls, I'm going to come out there and (expletive) you up bro," Drake said, pointing at the man.

The crowd erupted in cheers.

The singer, 31, has not commented on the incident, and his publicist did not immediately respond to ABC News' request for comment.