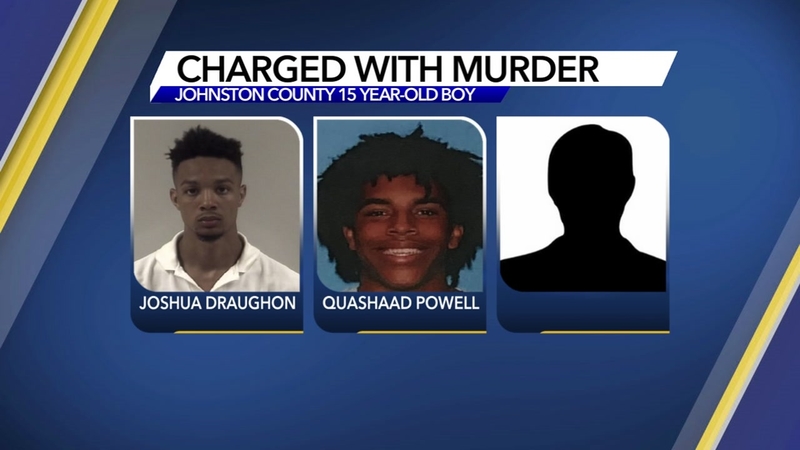 CLAYTON, N.C. (WTVD) -- One man has been charged with murder after a 15-year-old boy was killed in a drive-by shooting on Saturday, Johnston County officials said. Another man facing charges is still missing, deputies say.

Authorities say it happened just after 1 a.m. in the 100 block of Blackthorne Court.

Police responded to a shooting call in the area, and when they got there, they found a 15-year-old Kaylen Marion Middleton suffering from gunshot wounds. He was pronounced dead at the scene.

They also found a 20-year-old Desmond Tyrese Barnes suffering from a gunshot wound to the foot. He was treated and released from the hospital.

Detectives obtained warrants for Joshua Caleb Draughon, 18, of Garner for assault with a deadly weapon with intent to kill and first degree murder.

Draughon was taken into custody when he appeared at the Wake County Court House on unrelated charges.

Warrants have also been obtained for Quashaad Powell, 19, for assault with a deadly weapon with intent to kill and first degree murder. Powell has not been located yet.