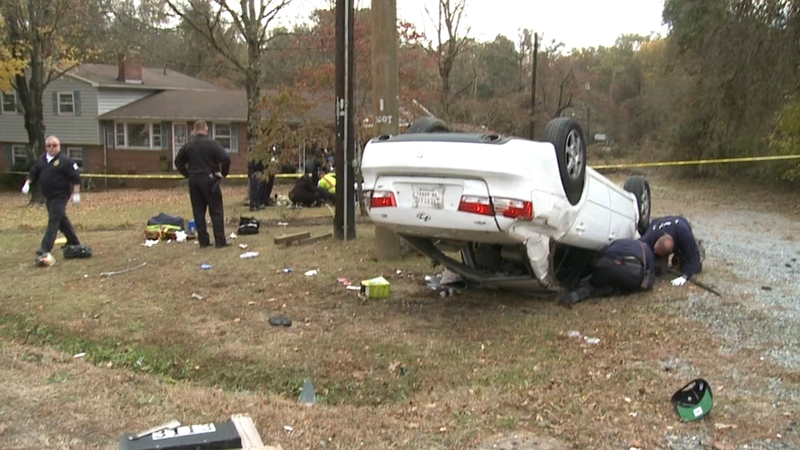 DURHAM, N.C. (WTVD) -- Durham Police are investigating after drive-by gunfire and a crash shut down a street.

Police said people in two different cars were shooting at each other about 1:45 p.m. Friday on Dearborn Drive.

One of those cars later drove off the road and flipped.

The three people inside that car ran from the scene two of them, a man and a woman, returned and were taken to the hospital for treatment of injuries, police said.

The third person is in police custody.

The other vehicle fled the scene.

There are no reports of anyone being hurt in the shooting.