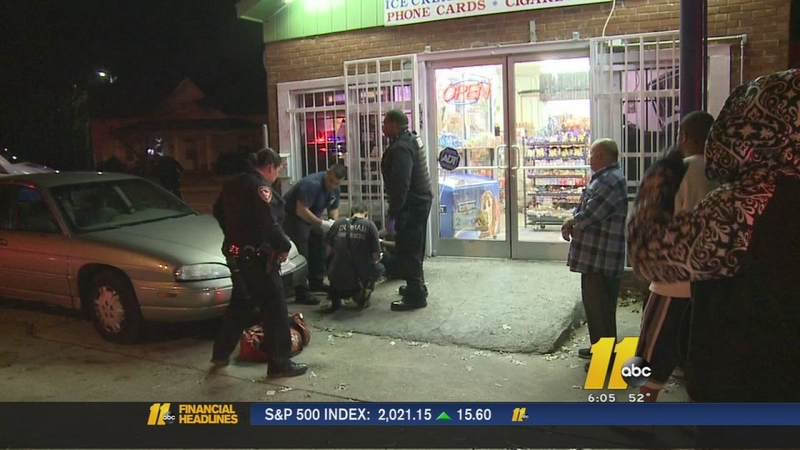 Just after 11:30 p.m., officers were called to the 1000 block of Rosedale Avenue, near Morehead Avenue about shots being fired.

Authorities said three men - an 18-year-old and two 19-year-olds - were sitting on a front porch of a house, when a dark-colored SUV with its headlights off came up the street.

A passenger in the SUV fired several shots at the victims, according to officials.

The three teens were taken to the hospital with non-life threatening injures.

Authorities said a bullet also went into a bedroom of the house. A woman in the room at the time was not injured.

Just a few hours earlier, a man was shot in another drive-by shooting near Main and Elm streets.

Police said it happened just before 9 p.m. when a car drove up to the man while he standing in front of a corner store, and someone inside the vehicle fired shots at him.

The man was not seriously hurt.

Authorities have not said if the two incidents are connected.