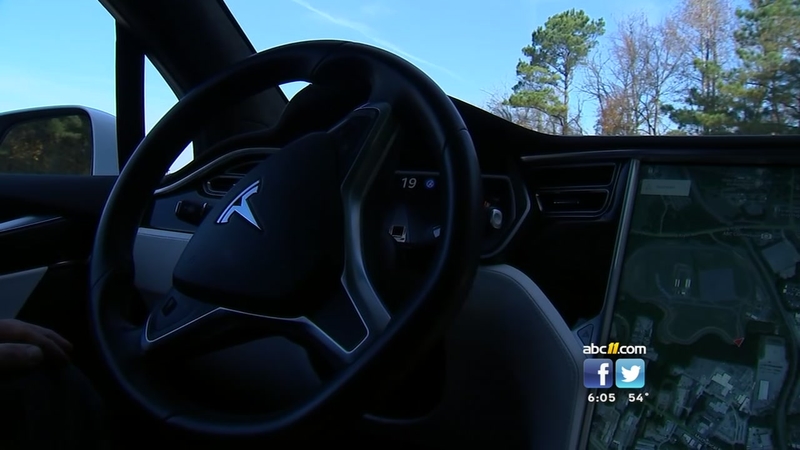 RALEIGH, North Carolina (WTVD) -- The future of transportation in North Carolina is already here, and state lawmakers got an up-close look Monday at what it means for drivers.

Chris Blum was one of the first in the Triangle to buy the Tesla Model X.

The SUV is rated one of the safest on the market.

"I can bump the speed up just like cruise control, and now I'm not doing anything," he said as he removed his hands from the steering wheel. "As far as autopilot goes, I feel safer with that because it's managing the lines, and I'm able to watch the cars and hazards."

Driverless cars are catching on across the country.

"The intent is to work with the General Assembly to take a look at the advances taking place," said NCDOT traffic engineer Kevin Lacy.

"I'm excited about it, and I really do think it's the way of the future, no doubt," said Rep. John Bradford.

More than 1,400 people died on North Carolina highways in 2016, according to NCDOT. Transportation officials said they believe autonomous and connected cars can help save lives.

"We see this as a tremendous opportunity to reduce those numbers by hundreds, hopefully to zero one day," Lacy said.

Blum hopes to pave the way for more self-driving and connected cars on the highway.

"I don't know how long it will take, but electricity is everywhere," he said.

Earlier this year, the U.S. Department of Transportation announced that North Carolina will be one of 10 testing sites for the vehicles.