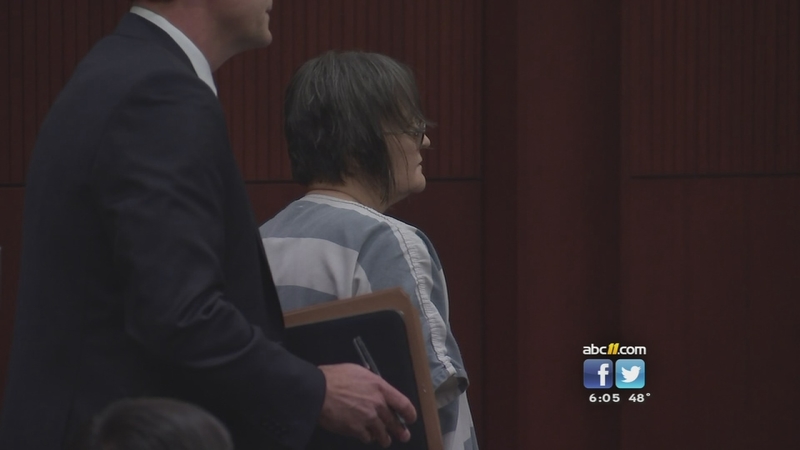 RALEIGH (WTVD) -- The Raleigh mother accused of being drunk behind the wheel in a crash that took the life of her son Oct. 13 appeared in court Thursday after being released from the hospital Wednesday.

Laura Smith appeared in court with casts on both arms. She told the judge she needs around-the-clock medical attention.

Raleigh police say the 49-year-old was speeding and under the influence when she lost control of her vehicle before hitting a tree on Creedmoor Road. Her 12-year-old son Antony Smith was killed.

An accident report showed police suspect Smith had a blood-alcohol level of .32. The legal limit in North Carolina is .08, so Smith's level was allegedly four times higher.

Smith is charged with felony death by motor vehicle, DWI, and exceeding a safe speed (74 mph) after the crash.