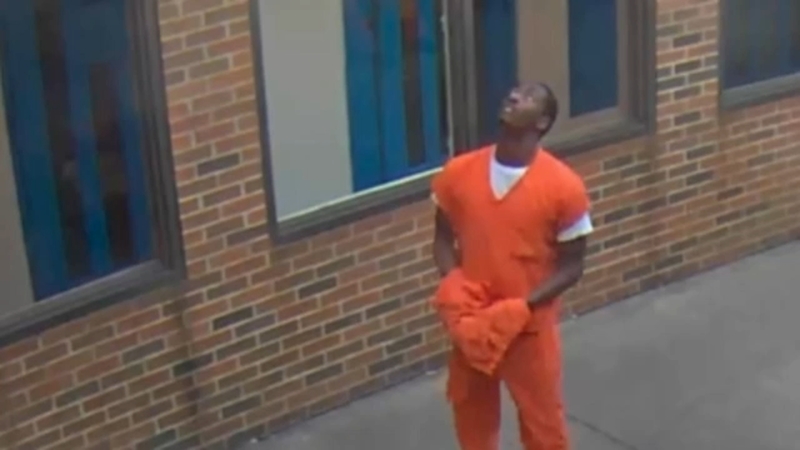 CLEVELAND, Ohio -- Authorities have released video showing what officials say is contraband being dropped to inmates at an Ohio jail by drone.

It happened at the Cuyahoga County Jail in July, according to WEWS-TV.

The surveillance footage shows inmates in an outdoor rec area.

One of them looks up at something off camera, then dashes forward trying to catch an object falling from above.

The object hits the ground.

The inmate then picks it up, hides it in a shirt, and walks off.

According to authorities, the object was a satchel containing marijuana and a cell phone.