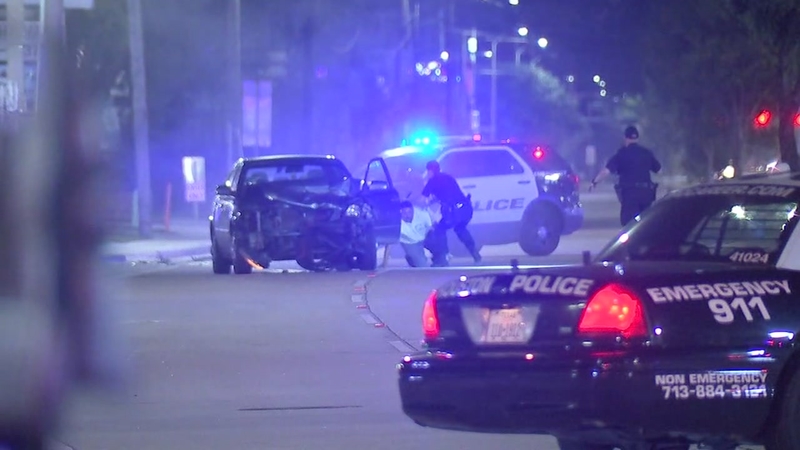 Video shows the moment after the driver of a black vehicle hit the unoccupied police car on Hammerly Boulevard.

The driver can be seen stumbling out of his vehicle while the car is still moving.

Two officers rushed to the scene and quickly detained the man. Another officer jumped into the moving vehicle to stop it.

The driver was tested for intoxication. It is unknown if he was charged.

The crash scene happened just minutes away from a fatal accident. According to Houston police, two adults and three kids were in a Silver Honda when they were hit by the driver of a black truck on Hammerly Boulevard and Wirt Road.

Police say the suspect was traveling on Hammerly and then drove onto the left turn lane, but failed to yield and struck the car on the left side.

An 11-year-old boy is dead following an overnight crash on Hammerly and Wirt Road.