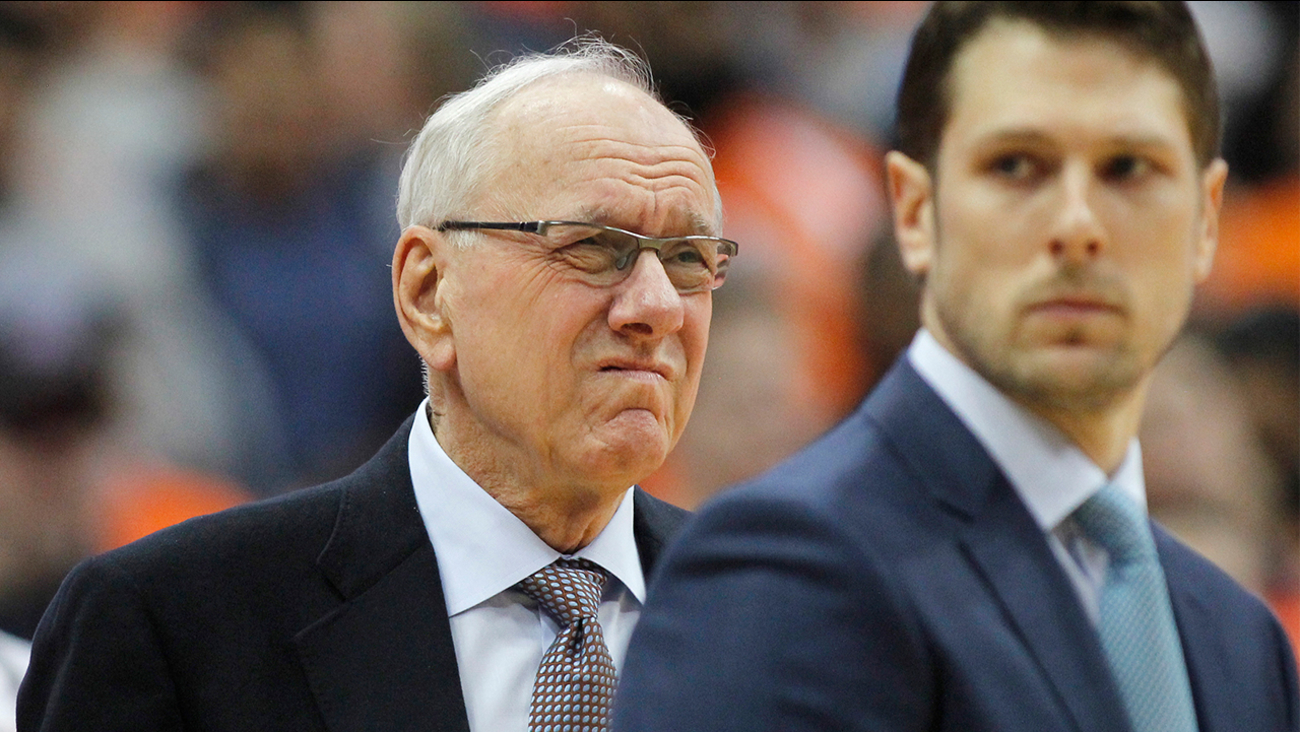 SYRACUSE, N.Y. -- When it was over and the last of the deafening cheers of the record Carrier Dome crowd had stopped, Syracuse coach Jim Boeheim forgot about basketball for a poignant moment.