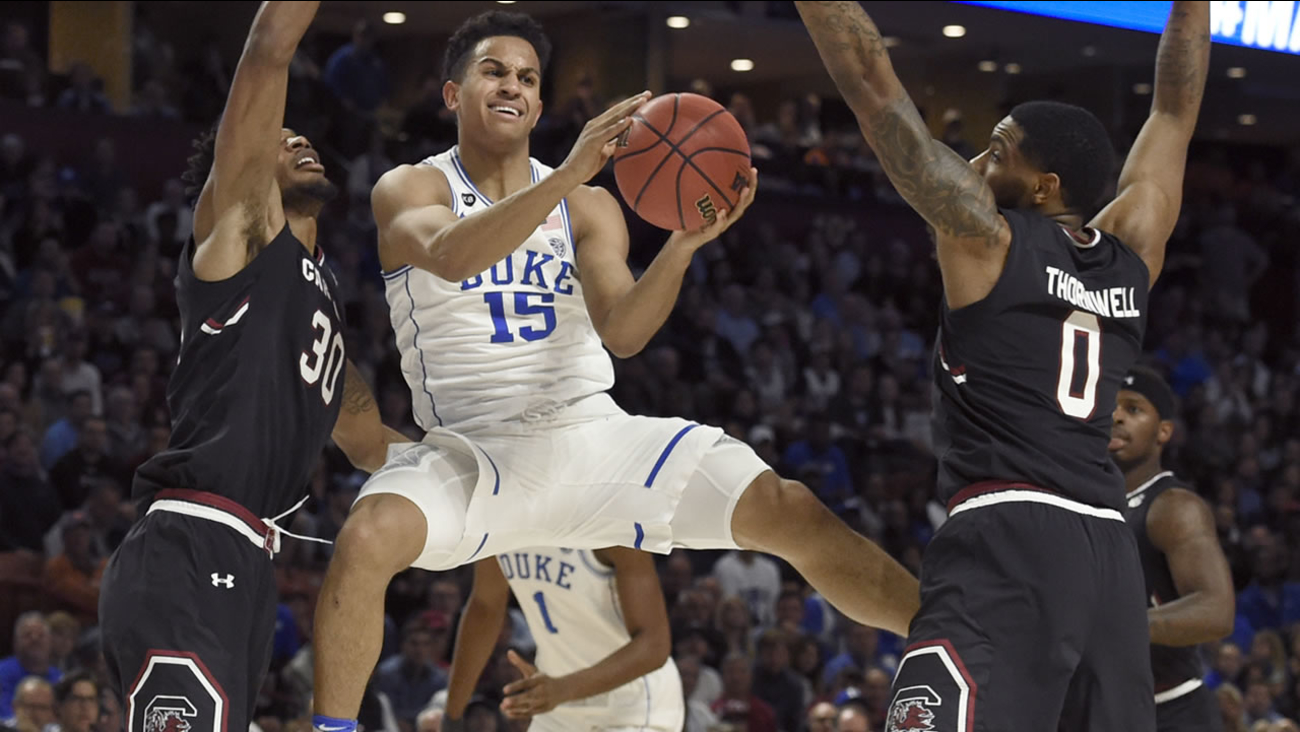 DURHAM (WTVD) -- Frank Jackson was probably the least heralded of Duke's Big Four freshman recruits of 2016 (Tatum, Giles, Bolden, Jackson), but with news Friday that he's staying in the NBA Draft (courtesy of Yahoo Sports), only Marques Bolden remains standing at Duke from that group.