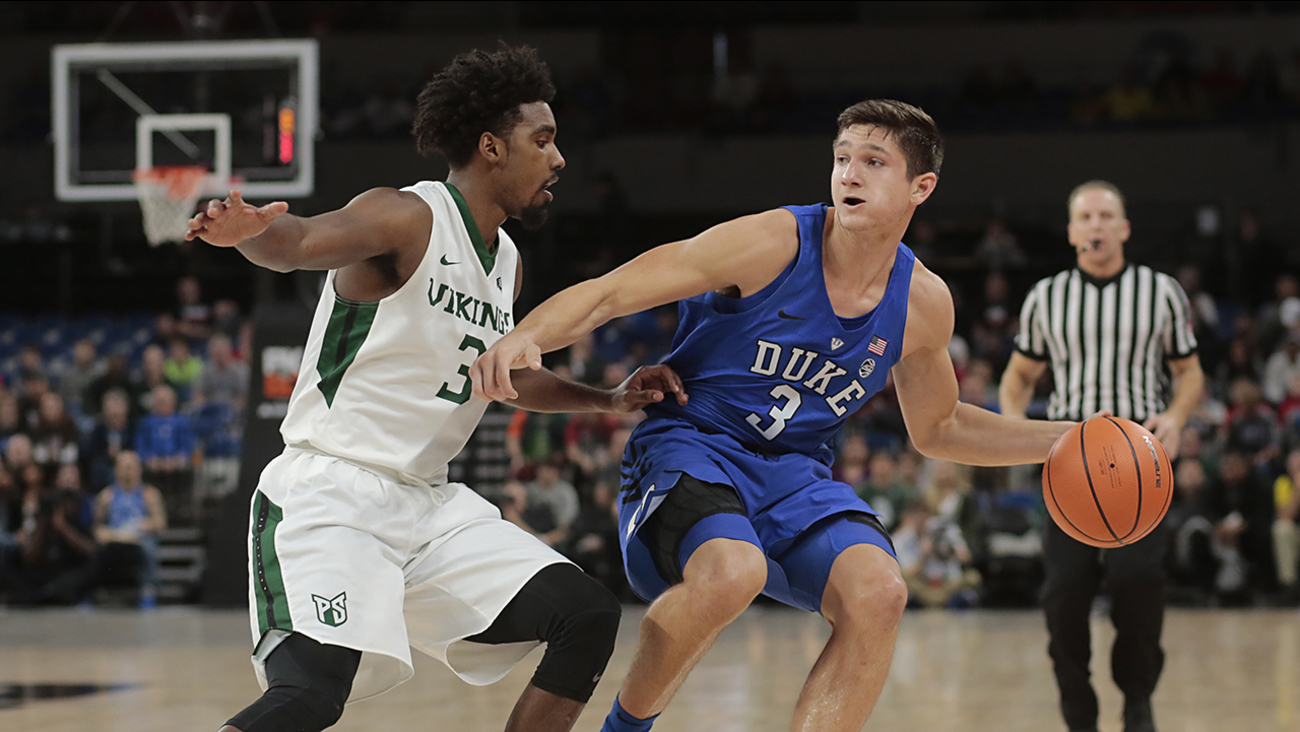 PORTLAND, Ore. -- Marvin Bagley III said the Blue Devils knew they had to wake up for the second half against Portland State.

And eventually, they did. Trevon Duval had 22 points and No. 1 Duke pulled away for a 99-81 victory over the surprisingly tenacious Vikings on Thursday to open the Phil Knight Invitational.

Bagley added 18 points, and Grayson Allen had 14 points and nine assists. The Blue Devils (6-0) will face the winner of the Thursday game between Butler and Texas.

Duke trailed by as many as eight points but took control midway through the second half when Wendell Carter Jr.'s dunk put the Blue Devils in front 67-62. They would go on to lead by as many as 21 points. 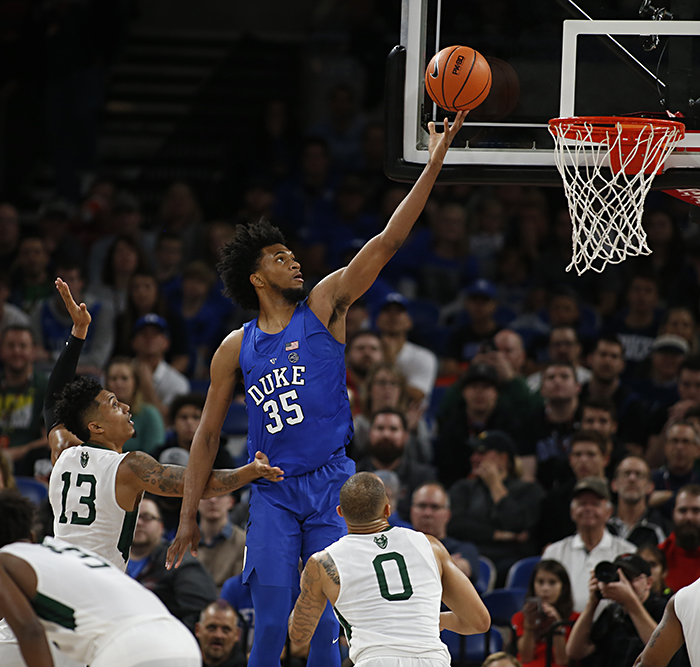 "The first half we obviously weren't playing like we were normally do. We weren't doing the things that we do well. We weren't going to our strengths. We kind of came out sluggish," Bagley said. "But going into the second half it was just 'You have to wake up.' They (the coaches) mentioned to us that these are the type of games that are going to be like that if you don't come out ready to play.

It was the first time in program history that the Vikings had faced a top-ranked team. Portland State's last win over a ranked opponent was an 86-82 victory over then-No. 25 Portland in December 2009.

"I thought they just knocked us back the whole first half," Krzyzewski said. "We were in a reactionary mode the first 20 minutes."

The tournament involves 16 teams playing in two brackets on Thursday, Friday and Sunday, with a break on Saturday. The field also includes No. 4 Michigan State, No. 7 Florida and defending national champion North Carolina.

Duke and Portland State were in the Motion Bracket, playing Thursday at the Memorial Coliseum. Teams in the Victory Bracket played at the adjacent Moda Center.

Knight was sitting courtside for the game.

The five-time NCAA champion Blue Devils were coming off a 92-63 victory over Furman on Monday night, led by Bagley with 24 points.

Portland State was coming off an 83-79 victory over Utah State at the Memorial Coliseum on Monday. The Vikings are playing the first season under coach Barret Peery.

Portland State was no pushover from the start, taking a 12-11 lead on North's 3-pointer with 16:54 to go in the opening half. North hit another 3 that put the Vikings up 19-15 and Michael Mayhew's jumper extended the lead.

Mayhew hit a long 3-pointer and Portland State led 49-45 at the half. Mayhew was among five Vikings who fouled out in the second half.

Carter's layup put Duke out in front 54-53, but North answered with a jumper and Bryce Canda added a 3-pointer.

Carter had another layup to give the Blue Devils a 61-60 lead and Bagley's tip-in pushed the lead to 63-60, energizing the mostly blue-clad crowd at the Coliseum. Duke never trailed again.

"This was a big stage for us," said Canda, who finished with 14 points. "But we can't hang our heads."

Duke: Allen scored just five points against Furman, and Krzyzewski said he was banged up and held out of a couple of practices going into the game. But he was back in form against Portland State. He taunted a Portland State player late in the game and got a technical, eliciting a strong reaction from Krzyzewski.

Portland State: It was the first time Portland State had faced a No. 1-ranked team. The Vikings have twice faced a No. 2 team, including Duke in 1997. ... The Vikings play in the Big Sky conference. They've made the NCAA tournament twice, in 2008 and 2009, with first-round losses both times.

MORE COACH K: Krzyzewski has coached 229 games with a No. 1-ranked team, surpassing John Wooden for the lead. ... It is the 500th week that Duck has been ranked in the top 10 of the AP poll under him, most by a coach in the AP Top 25's history.

NORTH'S SECOND TECH: North was on the floor in front of the scorer's desk, getting ready to check into the game when he earned his second tech of the game. Coach Peery said apparently the ref thought North had commented on the previous play.

Duke: The Blue Devils go on to face Texas, a 61-48 winner over Butler when the tournament continues Friday.