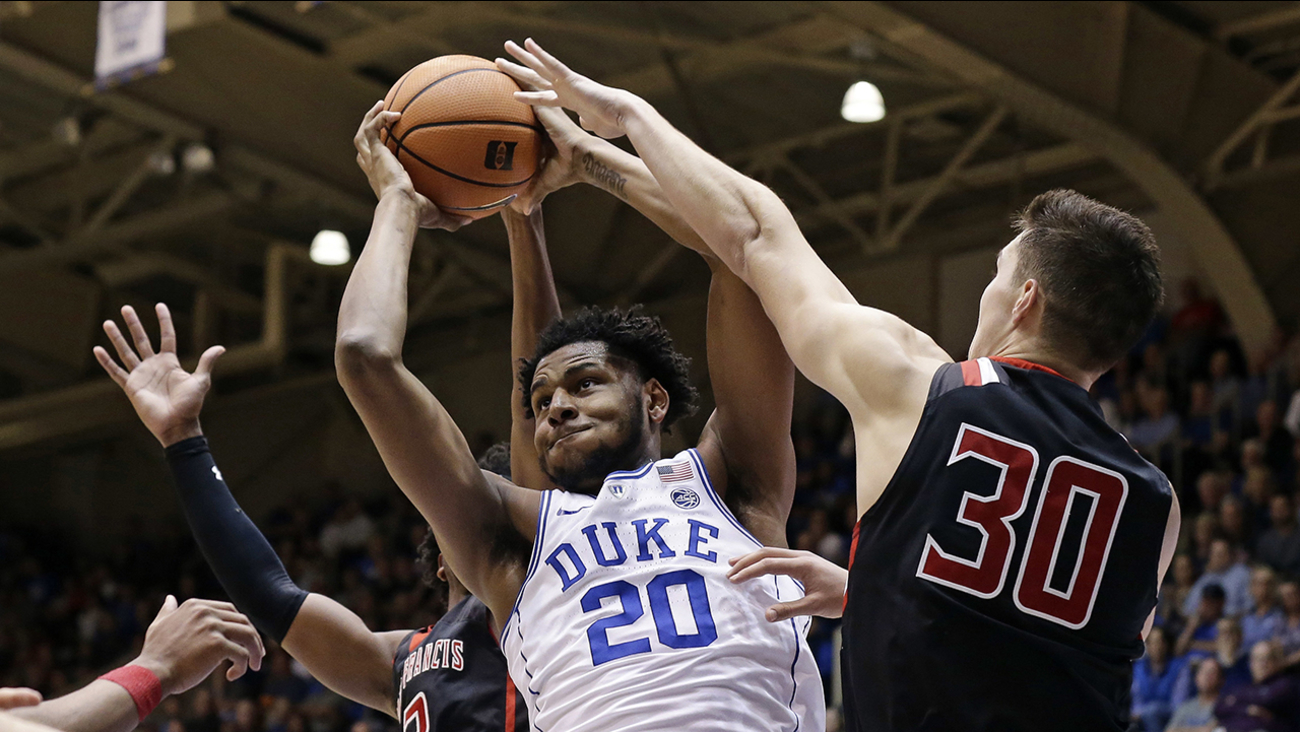 Marques Bolden and Duke had too much muscle for St. Francis on Tuesday night at Cameron Indoor Stadium. (Gerry Broome)

Marques Bolden had 17 points and 10 rebounds, Wendell Carter Jr. had 15 points and Gary Trent Jr. and Grayson Allen both finished with 14 points for the Blue Devils (11-0).

They dominated every line in the box score - setting a school record with 34 assists, shooting 60 percent and building a 61-25 rebounding advantage over a St. Francis team that has only one player taller than 6-foot-9.

The Blue Devils needed just over 10 minutes to build a 30-point lead and hit the 100-point mark on Bagley's layup with 8 1/2 minutes remaining.

Trevon Duval had 11 assists - his fifth game with at least eight - for Duke, which shot nearly 58 percent during just the fourth 70-point half in school history.

Three players - Andre Wolford, Jamaal King and Keith Braxton - scored 13 points each for the Red Flash (3-5), who have lost three of four.

St. Francis: This was just the second time in school history that the Red Flash played No. 1, and this one didn't go any better than it did in 1974 when Adrian Dantley's Notre Dame team won by 20. They also took on their second Atlantic Coast Conference opponent of the season. They kept it reasonably close against Louisville, losing by 12 last month, but just didn't have the size to handle Bagley or Carter in this one.

Duke: Maybe Duke doesn't need a break after all. This was Duke's 11th game in the first 26 days of the regular season, a run that included a cross-country trip to Portland, Oregon, for the PK80. But things are about to slow down. After the Blue Devils begin ACC play Saturday at Boston College, they'll play just two more games before January.