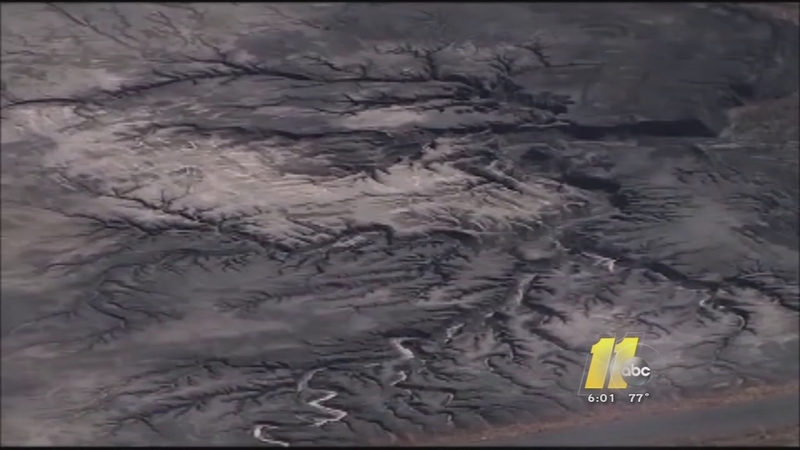 RALEIGH (WTVD) -- Environmental groups said Tuesday they're going to court to try stopping what they called a sweetheart deal between Gov. Pat McCrory's environmental regulators and his former employer over the liability Duke Energy faces from toxic coal ash pollution.

Six groups and Southern Environmental Law Center attorneys said they were acting because the deal goes too far in claiming to settle all possible penalties the country's largest electric company could face from the state Department of Environmental Quality.

An administrative judge two weeks ago approved the $7 million deal covering ash pits at all 14 coal-burning power plants after Duke Energy appealed a $25 million fine at just one plant near Wilmington. The McCrory administration had touted the fine as the state's record penalty for environmental damage.

"The administration twisted a simple penalty dispute into a bad settlement," SELC lawyer D.J. Gerken said in a statement. In return for agreeing to a fine that amounts to $500,000 per coal-burning plant, "Duke Energy bought amnesty for all past, present and future violations of groundwater law across North Carolina, including at sites that were not even part of this case."

The state's fine for groundwater violations represented one facet of stepped up regulations and enforcement after a February 2014 coal ash spill at the utility's Eden power plant that coated 70 miles of the Dan River in toxic, gray sludge.

Duke Energy stores more than 150 million tons of coal ash in 32 dumps at 14 power plants in North Carolina, all of which are leaching toxic contaminants into groundwater. The ash represents the waste left behind when coal is burned to generate electricity. It contains toxic heavy metals including arsenic, selenium, chromium and mercury.

Duke Energy has committed to excavating ash from dumps at seven of the 14 plants. A state law passed last year requires the dumps either be capped or cleaned out by 2029 under oversight by the state environment agency.

Crystal Felman, a spokeswoman for the state Department of Environmental Qualitiy, offered this statement:

"The state's ability to levy fines was significantly undercut by agreements made with the utility by the Perdue administration. Communications of these agreements were discovered during the legal process. This settlement, which was based on the advice of legal counsel including the Attorney General's office, is the largest in North Carolina history and gets the state out of the courtroom and Duke into the field to cleanup coal ash."

The settlement being challenged also triggers accelerated cleanup at the retired Wilmington plant and three other plants that showed signs of offsite groundwater pollution during recent assessments.

The state estimated those cleanups would cost between $10 million and $15 million total. But the company hasn't determined how much the accelerated cleanups will cost and those costs weren't specified in the settlement.

Environmental lawyers argued in a new Superior Court filing in their ongoing groundwater pollution dispute with Duke and DEQ that the settlement does too little and ties the hands of future regulators if pollution is worse than now known.

The deal allows groundwater cleanup less than required by state regulations, foregoes further penalties for the ongoing pollution, and restricts how DEQ writes pollution-control permits for the sites in the future, SELC lawyers said.