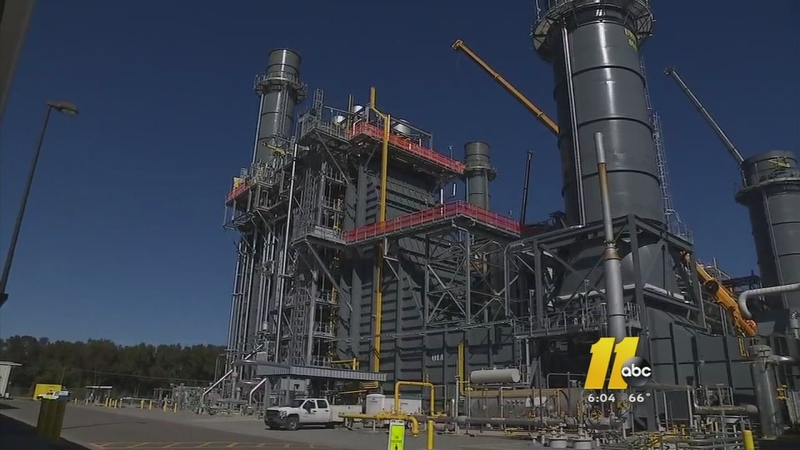 GOLDSBORO, N.C. (WTVD) -- Duke Energy is highlighting its move away from coal and toward natural gas by showcasing the H.F. Lee Plant near Goldsboro.

The plant opened in 2012 and Duke engineers say it's about as state of the art as natural gas plants get.

Daji is responsible for buying the fuel duke uses to make its energy and says natural gas is natural fit.

"It's low cost and it's less impactful geologically."

The problem for Duke as it looks to expand its natural gas production is there's only one major pipeline bringing it into the state.

That is set to change.

In 2018, Duke is set to start tapping into the Atlantic Coast Pipeline. Construction on the ACP is expected to begin in late 2016. The ACP starts in West Virginia and ends in southern North Carolina.

Not everyone is so convinced.

"Duke energy is just blowing smoke if they think they can predict the price of natural gas even 1 or 2 years from now," said Jim Warren, head of the energy watchdog group NC WARN.

"Natural gas burns cleaner than coal," Warren said, "but the science is clear. The methane drilling process makes natural gas even worse for climate change than coal over the next 20 years."

Daji was unswayed by Warren's skepticism. "Of course there are always skeptics," she said. "My answer is with every action there are so many reactions, we are trying to look for what is the lowest impact reaction."