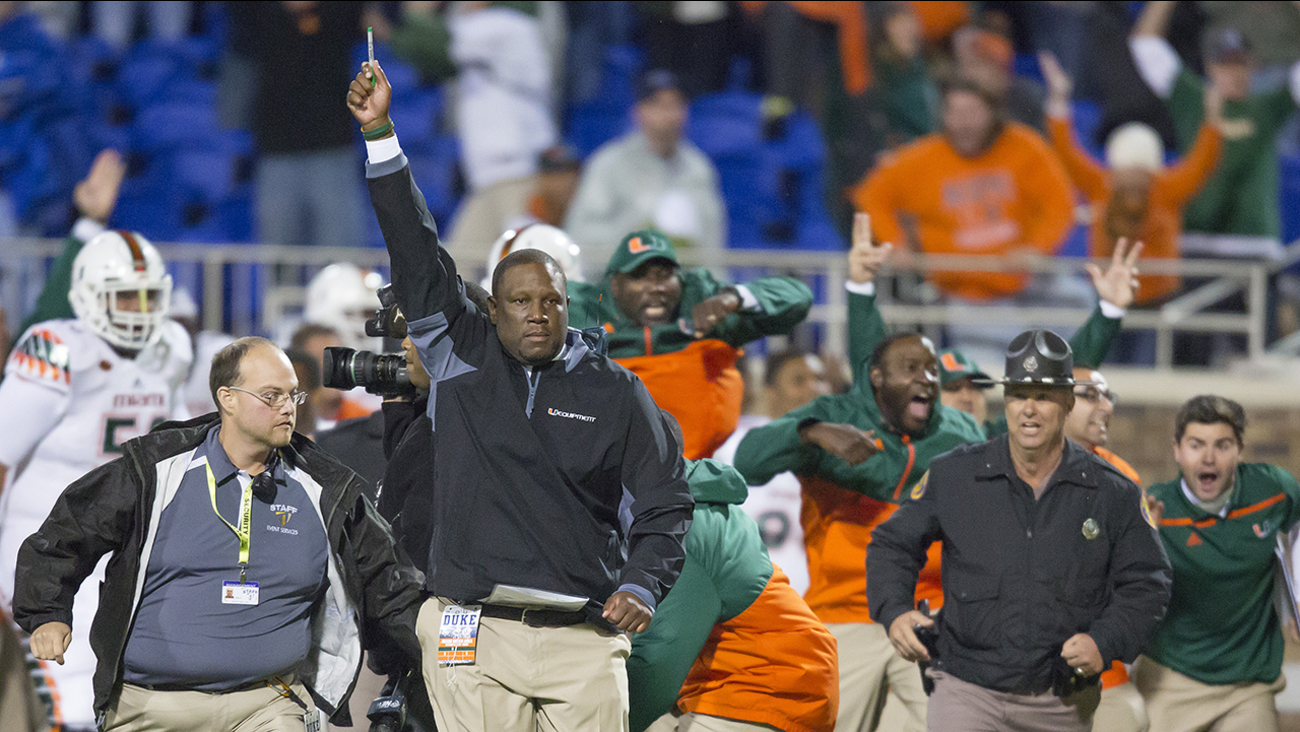 GREENSBORO, N.C. (WTVD) -- The ACC announced Sunday they are suspending the officiating crew as well as the replay official and communicator after the Miami at Duke game Saturday night.