The Duke employees who died in the crash were R.N. flight nurses Kris Harrison and Crystal Sollinger and pilot Jeff Burke.

70-year-old Mary Bartlett was being treated in the helicopter when it crashed.

The helicopter and its crew were based at Johnston Regional Airport, airport officials said.

The exact cause of the crash is still under investigation, but a preliminary report released Tuesday said one of the helicopter's two engines showed signs of "overheating and lack of lubrication."

Duke University Hospital pilots will be doing practice runs Thursday and Friday, and their Life Flight service, which has been grounded since the crash, is expected to resume on Monday.
Report a correction or typo
Related topics:
durhamhelicopter crashdukenorth carolina news
Copyright © 2020 WTVD-TV. All Rights Reserved.
RELATED 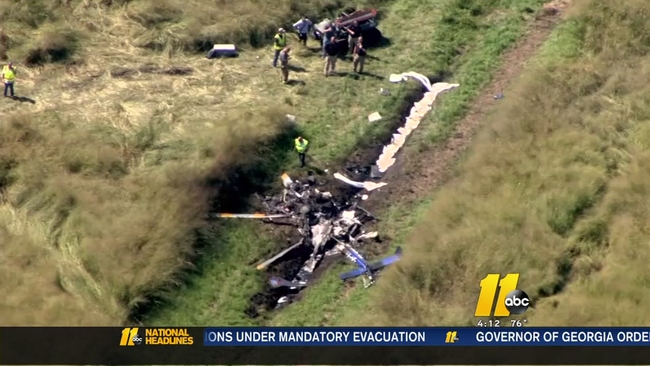 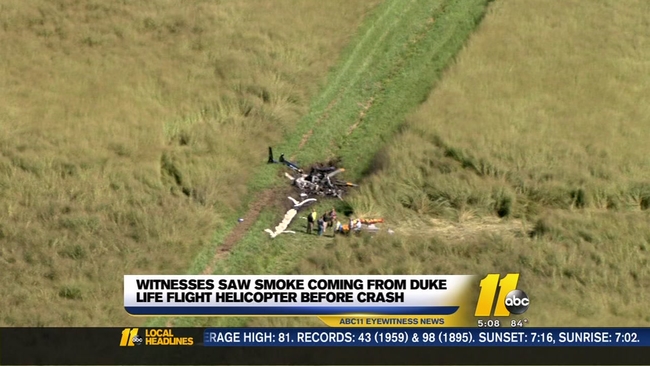