Kelly Blackshear Jr. had 23 points and 10 rebounds, and Ahmed Hill scored 17 points for Virginia Tech (22-6, 11-5 Atlantic Coast Conference), which beat Duke at Cassell Coliseum for the third straight game. The Blue Devils (24-4, 12-3) had been the only team in the country yet to lose on the road this season, but Duke hasn't won at Virginia Tech since Feb. 25, 2015. 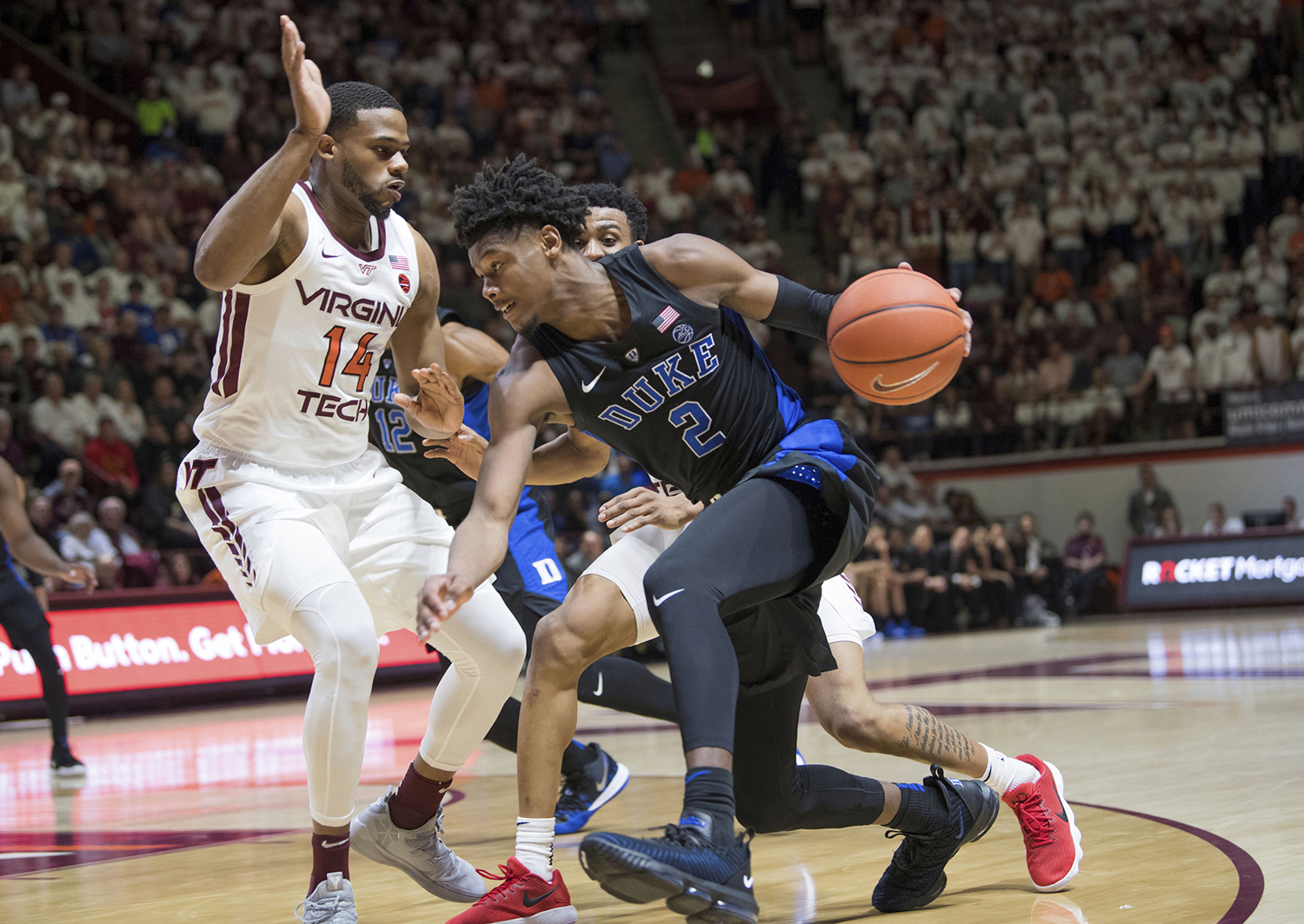 RJ Barrett scored 17 of his 21 points in the second half, but it wasn't enough to keep the Blue Devils from dropping out of a first-place tie with No. 2 Virginia Tech and No. 5 North Carolina in the ACC. Cam Reddish added 17 points as Duke dropped its second in three games, including an 88-72 loss to UNC when Williamson was injured Feb. 20.

The Hokies seemed to have taken control with a 9-2 run to open a 68-61 lead with 4:32 to play, but Duke used a 9-2 run to knot it at 70 with 1:51 to play. Outlaw's 3 from the right wing followed a pass from Wabissa Bede, and after Reddish missed at the other end, Nickeil Alexander-Walker was fouled and made both free throws for the Hokies. Alexander-Walker had 13 points.

Duke: Barrett came into the game averaging 28.7 points in his last three games but didn't make a field goal until his seventh attempt in the final seconds of the first half. He had four points at halftime, but made a driving shot 16 seconds into the second half and took over for the Blue Devils. Meanwhile, Jack White's string of consecutively missed 3-point shots climbed to 28 with an 0-for-3 effort.

Virginia Tech: The Hokies played their eighth game without floor leader and point guard Justin Robinson, and had only 12 assists on 23 made field goals, but none was bigger than Bede's find of Outlaw, one of the most dangerous 3-point shooters in the country.

Duke: The Blue Devils are back at home against Miami on Saturday afternoon.