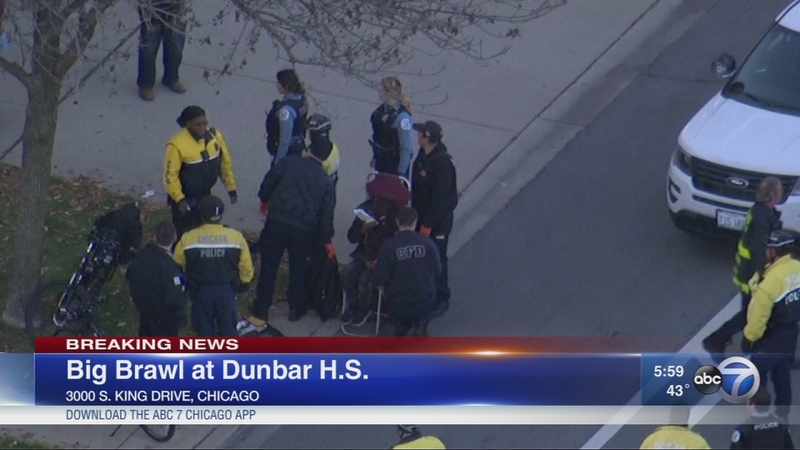 CHICAGO, Illinois -- Police in Chicago, Illinois said they responded to a large fight outside a high school that involved as many as 100 students and parents Wednesday afternoon.

Police responded to Dunbar Vocational Career Academy in the 3000-block of South King Drive at about 3:30 p.m. Officers responded to reports of a large fight as classes let out, involving possibly dozens of people.

The Chicago Fire Department said one officer suffered a minor leg injury and was taken to Northwestern Memorial Hospital for treatment. A girl was also injured when she was kicked in the face.

Witnesses tried to break up the fight, which was predominantly between 20 to 30 girls, but things spiraled out of control.

"They stopped, and they started taking off jackets and throwing blows. So then I got out of my car. Let me see if I can get them to stop. Maybe they will see somebody older, and maybe they'll stop. It didn't stop them," said Thomas Deaderick, who tried to intervene.