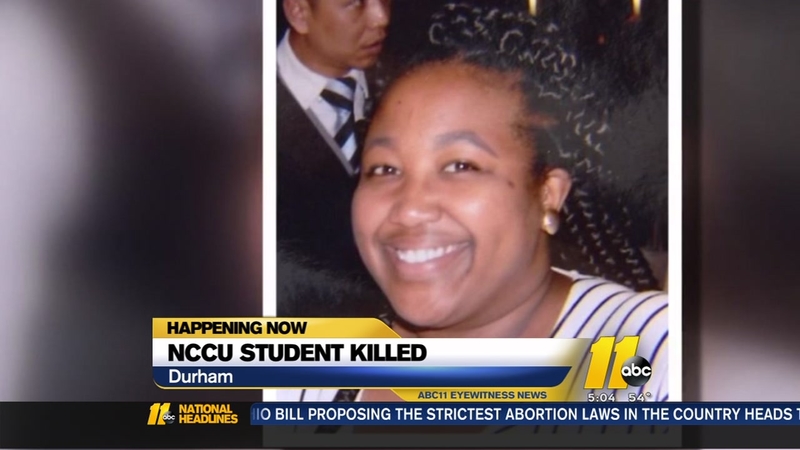 DURHAM (WTVD) -- A Durham college senior was killed and another injured after their car slammed into a bridge on US 15-501 at Cornwallis Road late Tuesday night.

Officers said a 2013 Hyundai driven by Melvin Jamal Brewington, 23, ran off the road to the right and struck a concrete barrier. Brewington was taken to the hospital for treatment of serious injuries.

Brewington's passenger, 27-year-old Brittany Plummer, was pronounced dead at the scene. Plummer was a senior at North Carolina Central University.

One lane of the highway is closed between Cornwallis Road and Highway 751 until the inspection is over and repairs can be done. Officials expect that lane to be closed until 4 p.m. Wednesday.