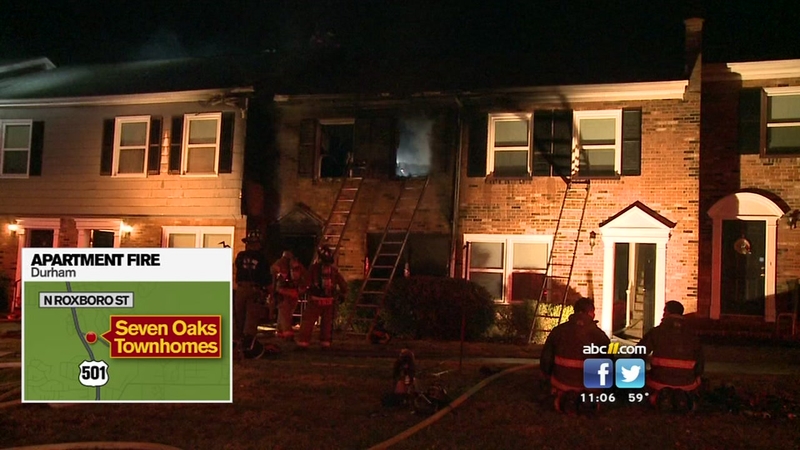 Durham firefighters responded about 7:15 p.m. to the fire at 200 Seven Oaks Road.

When they arrived, flames were visible from the first and second floor of the two-story apartment building.

It took about 20 minutes to get the fire under control, but the building had extensive damage on both floors and the attic.

Apartments on both sides had smoke and water damage.

No one was injured in the fire, but one person was checked at the scene by Durham County EMS for a "non-fire related medical condition."

A pair of dogs ran out on their own when the door to the apartment was opened by firefighters.

The American Red Cross has been called in to assist the family.

Firefighters are still at the scene.