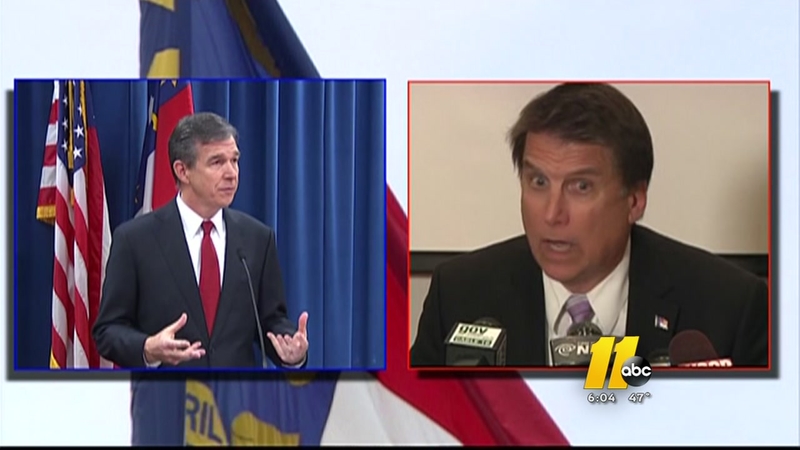 DURHAM (WTVD) -- In the Durham County Board of Elections closed-session emergency meeting Friday, the Board called the state's recount order "unreasonable," and asked for an extension to count approximately 94,000 votes.

Now, the board has announced is holding another emergency meeting Saturday.

Durham Board of Elections recount

The Board decided to use 26 machines to recount the thousands of votes, and are asking the North Carolina State Board of Elections to extend their Monday deadline to Wednesday.

Read more: Board of Elections orders Durham County recount to be done by Monday

The issue in Durham County dates to Election Night when some tabulators counting early votes ran out of memory. Election staff then hand-counted 94,000 votes under strict supervision.

Technicians eventually helped pull the data, which confirmed the results of the hand count. Republicans argued, however, that because of the malfunction, there remained some suspicion about the potential for fraud or hacking and thought a recount would erase those suspicions and restore voter confidence.

The Durham County Board, majority Republican, unanimously rejected the challenge. The five-member state board voted 3-2, along party lines, to grant the recount after a lengthy hearing and appeal from lawyers representing the North Carolina Republican Party.

The Board will need to hire 52 people that are either registered Democrats or registered Republicans living in Durham County to help with the state-mandated recount. Those chosen for the job are required to commit to all three shifts (Saturday, Sunday, and Monday from 8 a.m.-6 p.m.) and will be paid $13 per hour.

The Board will need to test the machines and the electricity in the Durham County Elections building before the recount. It's possible that running all 26 machines simultaneously could exceed the building's electricity capacity, in which case the recount will have to be moved to a new location.

Moving would guarantee more challenges because a 24-hour security detail would be required for transport and supervision of the ballots. That would incur added costs to the recount process.

The Durham BOE said the recount cannot start Friday, as they need to hire people and run the machines' tests.

The Board also learned Friday that they are not just recounting the votes for governor, but everything else on Durham County's ballots. That includes having to tabulate the write-ins for state, federal, municipal, and county positions all on the ballot. The BOE said that manual process could take up to 36 hours.

The State BOE has not yet announced whether Durham County's plea for an extension will be granted; it is unclear if there will be a penalty if Durham County's BOE cannot meet the Monday deadline.

At latest count, Democratic challenger Roy Cooper leads incumbent Gov. Pat McCrory by 10,256 votes - greater than the threshold for a mandatory statewide recount. The recount order in Durham County does not affect the statewide recount.

If there is a statewide recount, this is the process all counties would have to go through.

Durham County BOE members said Friday the money used to pay for this process may have been allocated to new voting machines.