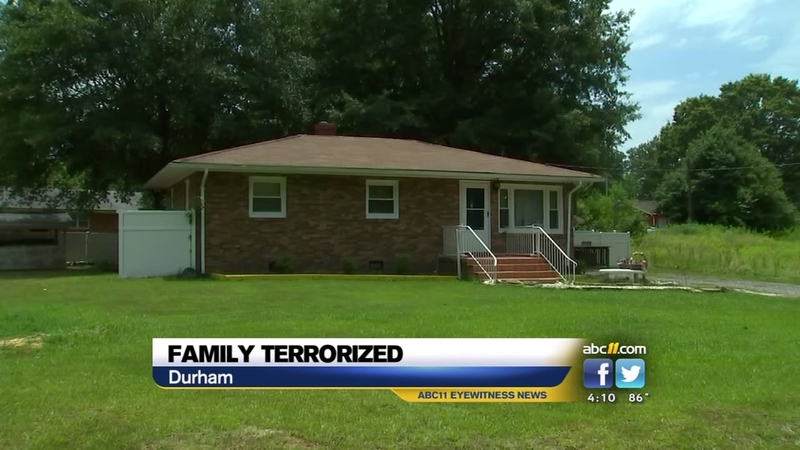 Durham family was bound with zip ties while intruder stole $35,000

A masked intruder held a family of four at gunpoint, forced them to zip-tie each other and ransacked their Durham home before taking off with $35,000 in cash, according to newly released search warrants.

According to court documents, responding deputies found the family in the back bedroom of the home just before 1 a.m.

The father, mother and 15-year-old daughter were all found bound with zip ties.

The youngest child, a 7-year-old girl, was not restrained.

The father told deputies that he was awakened by a loud noise. He got out of bed and, when he got to the hallway, he was confronted by the intruder.

The intruder held the man at gunpoint, but since the father does not speak English, his 15-year-old daughter had to translate the suspect's demands.

According to the search warrants, the intruder held the mother at gunpoint and forced her to zip tie the father and their oldest daughter. The intruder then zip-tied the mother.

He pointed a gun in the mother's face and asked where the money was, saying he would kill her.

The intruder then ransacked the master bedroom and stole a bag containing $35,000 in cash. The family told deputies the money came from a home they sold several years ago.

The parents said they did not know the intruder and didn't know how someone would have known about the money they kept in their home.

The family's home was equipped with a video surveillance system. When deputies reviewed the video, they saw the intruder enter the property from the backyard and forcefully open the back door to get inside.