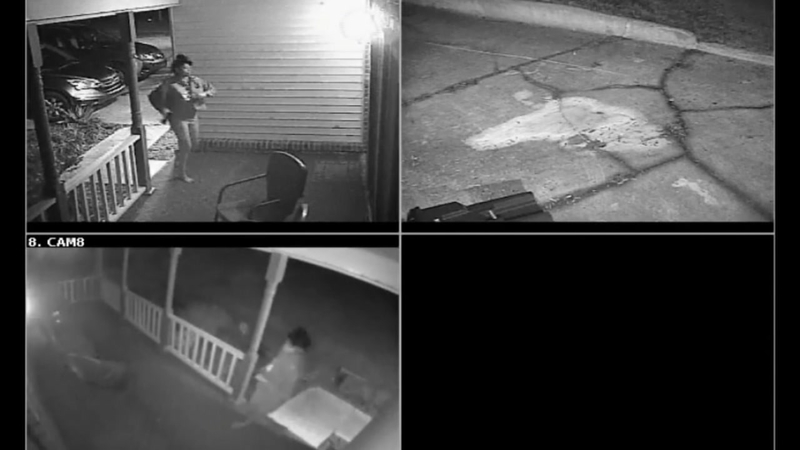 DURHAM, N.C. (WTVD) -- The Durham County Sheriff's Office is working to identify a woman who was seen in home security video standing on a porch with a gun in her hand around the time the homeowners reported hearing a gunshot.

On Wednesday around 11 p.m., the sheriff's office responded to a home on Tyne Drive in response to an alarm call.

When officers arrived, they noticed that the glass door in the front of the home was shattered.

The residents told deputies that they were in an upstairs bedroom when they heard what sounded like a gunshot and glass shattering.

According to the sheriff's office, it was later determined that a projectile had gone through the back of the home, traveled through the first floor and out the front door.

Deputies reviewed the home security footage and saw a woman run onto the front porch of the home around the same time the homeowners heard the gunshot.

The woman appeared to be holding a handgun.

She is described as being approximately 5-foot, 9-inches tall, wearing jeans and a light colored top.

Authorities said she did not attempt to make entry into the home or to make her presence known to anyone inside. After standing on the porch for a few seconds she ran off toward the south corner of the property.