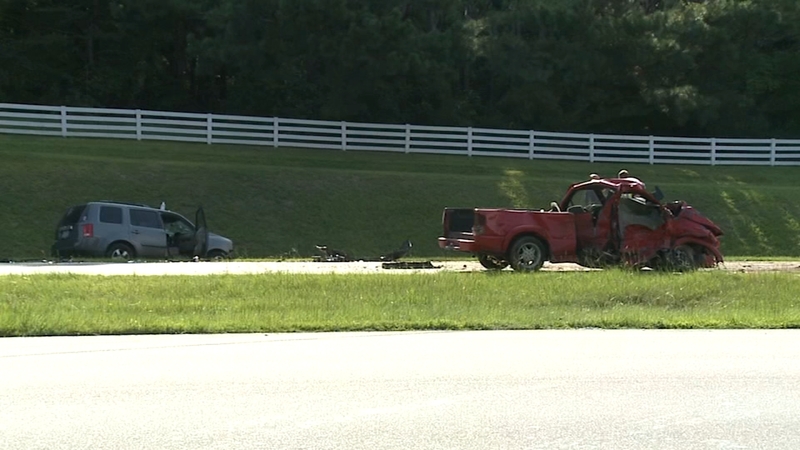 According to the North Carolina State Highway Patrol, it happened around 8:30 a.m. on North Roxboro Street near South Lowell Road.

Officials say a truck headed southbound on North Roxboro Street went off the right side of the road, overcorrected and then crossed the median, eventually ending up in the path of a blue Honda Pilot.

Dylan Blake Renn, 23, who was a passenger in the truck, was ejected and pronounced dead at the scene.

The driver of the truck was also ejected and was taken to the hospital with unknown injuries.

That driver was charged with driving with a suspended driver's license, failure to maintain lane control, failure to wear a seat belt and misdemeanor death by vehicle.