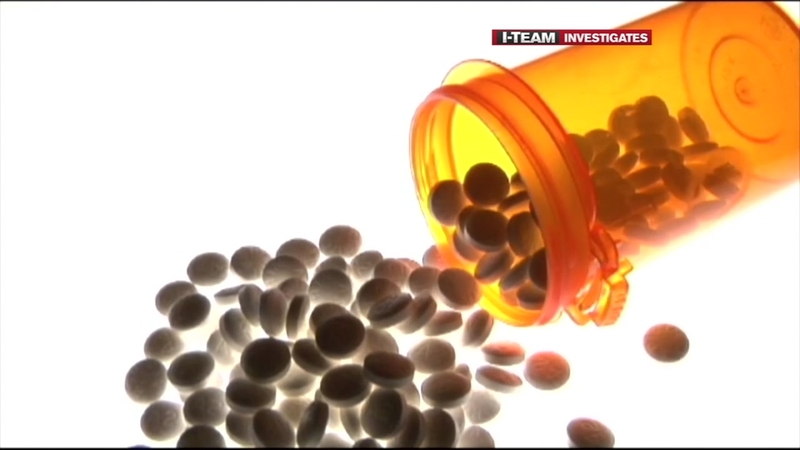 Durham County is joining a growing list of local governments taking major pharmaceutical companies to federal court, seeking millions - if not billions - of dollars in relief.

Court documents reviewed by the ABC11 I-Team show Durham County suing more than 20 defendants representing some of largest drug manufacturers and wholesale distributors in the world.

Specifically, the complaint accuses the companies of aggressively marketing what litigants call "highly addictive, dangerous opioids," and "falsely representing to doctors" that people who use the drugs "would only rarely succumb to drug addiction."

The latest data available shows more than 2,000 opioid overdose related deaths in 2016. In a report obtained by the I-Team, the North Carolina Injury and Violence Prevention Branch lists "commonly prescribed opioid medications" and "other synthetic narcotics" as the leading cause of drug overdose deaths, which have skyrocketed since 1999.

"It's a lifelong medical and health issue and it's expensive," Wendy Jacobs, Presiding Commissioner of the Durham County Board of Commissioners, explains to ABC11. "We know that it's very expensive to get into treatment and stay in treatment that's one of the big challenges that we have."

According to Jacobs, the consequences of the opioid epidemic is also extremely costly to county taxpayers, both in actual dollars spent and in productivity lost.

"The impact to Durham County just from, I think very conservative, medical impacts and loss of work, was $40 million. $40 million that just in one year."

The monetary cost, Jacobs adds, is found in county health facilities, among first responders and county jails, among other places. They also lead to what she calls "collateral consequences" on families, friends and colleagues.

"There are people who miss work, there's an impact on children," Jacobs laments. "When we are having to put resources towards issues like medication and substance misuse it is taking away funding from other places," such as parks and recreation.

"The addiction crisis facing our state and nation is a clear and present danger, but we're doing something about it today," Oklahoma Attorney General Mike Hunter said last spring when the settlement was finalized.

The deal earmarked $200 million for the Oklahoma State University Center for Wellness and Recovery, a treatment and research center, that would boost the center to a national level. Purdue will also pay $60 million toward the state's legal fees. An additional $12.5 million will go towards measures fighting the opioid epidemic in cities and counties in Oklahoma.

Teva Pharmaceuticals, another defendant, settled with Oklahoma for $85 million.

"The resources and terms of the agreement will help abate the ongoing crisis the state is facing, help prevent doctors and Oklahomans from being misled by marketing materials and provides law enforcement with another investigative tool to help us shut down pill mills and illicit enterprises," the attorney general said in a statement.

If Oklahoma is any indicator, Durham County could also stand to win relief, but the U.S. government itself just finalized a record $1.4 billion deal with Reckitt Benckiser, the maker of Suboxone.

"Opioid withdrawal is difficult, painful, and sometimes dangerous; people struggling to overcome addiction face challenges that can often seem insurmountable," the Assistant Attorney General Jody Hunt for the Department of Justice's Civil Division said in a statement. "Drug manufacturers marketing products to help opioid addicts are expected to do so honestly and responsibly."

"While RB acted lawfully at all times and expressly denies all allegations that it has engaged in any wrongful conduct, after careful consideration, the board of RB determined that the agreement is in the best interests of the company and its shareholders," the statement said. The company had previously set aside $400 million to settle claims related to its former subsidiary's lawsuits.

HOW OTHER BIG PHARMA COMPANIES RESPOND

The ABC11 I-Team has reached out to all 24 defendants listed in multiple lawsuits. Many of the other companies listed were adamant in their rejection of the complaint's allegations.

"We maintain -- and continuously enhance-- strong programs designed to detect and prevent opioid diversion within the pharmaceutical supply chain. For many years, sales of controlled substances ordered by pharmacies in the U.S. have been reported to the DEA (Drug Enforcement Administration) for its internal database."

"AmerisourceBergen and other wholesale drug distributors are responsible for getting FDA-approved drugs from pharmaceutical manufacturers to DEA-registered pharmacies, based on prescriptions written by licensed doctors and health care providers. Our role in doing so is quite widespread across different therapies, with the distribution of opioid-based products constituting less than two percent of our sales."

"We are dedicated to doing our part as a distributor to mitigate the diversion of these drugs without interfering with clinical decisions made by doctors, who interact directly with patients and decide what treatments are most appropriate for their care. Beyond our reporting and immediate halting of potentially suspicious orders, we refuse service to customers we deem as a diversion risk and provide daily reports to the DEA that detail the quantity, type, and the receiving pharmacy of every single order of these products that we distribute."