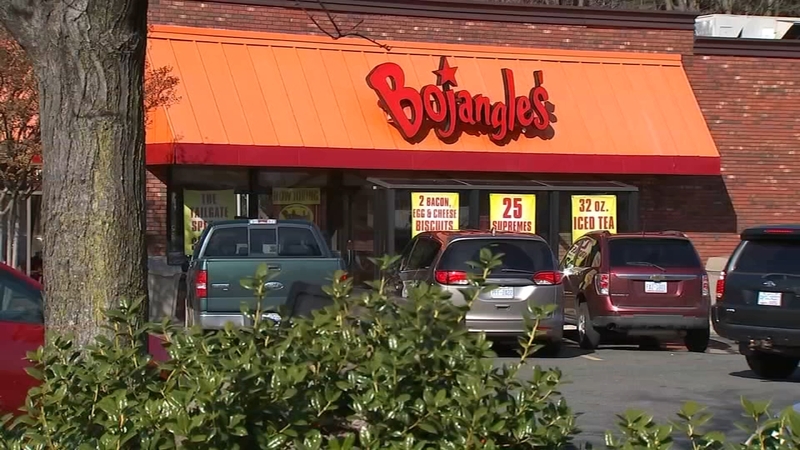 DURHAM, N.C. (WTVD) -- A Bojangles' restaurant was robbed when a manager was held at gunpoint in Durham on Tuesday morning, according to the Durham County Sheriff's Office.

The robbery happened around 1:49 a.m. on South Miami Boulevard. The restaurant's manager was warming up his car when a man approached him in the parking lot. The man pulled out a gun and told him to go back inside the restaurant.

Once inside, the manager gave the man money from the safe. The suspect then left in the manager's vehicle, driven by a second suspect. No one else was inside the restaurant at the time.

Frequent customers and neighbors said they were angry to learn about the robbery, and couldn't believe it happened so close to Christmas.

"I'm angry because we're friends and we're a community," customer Ed Suffern said. "Whether we're coworkers or whether we're customers, we're all just friends and I get real angry and upset that somebody would decide to do something so disgusting at this time of year."

Simon said he and his friends came to the restaurant to surprise an employee with a holiday gift just hours after the robbery happened.

"This wasn't going to stop us from enjoying ourselves and enjoying each other," Challis Purrington, one of Simon's friends, said. "This is what the season is all about."

The manager's vehicle was later found nearby.