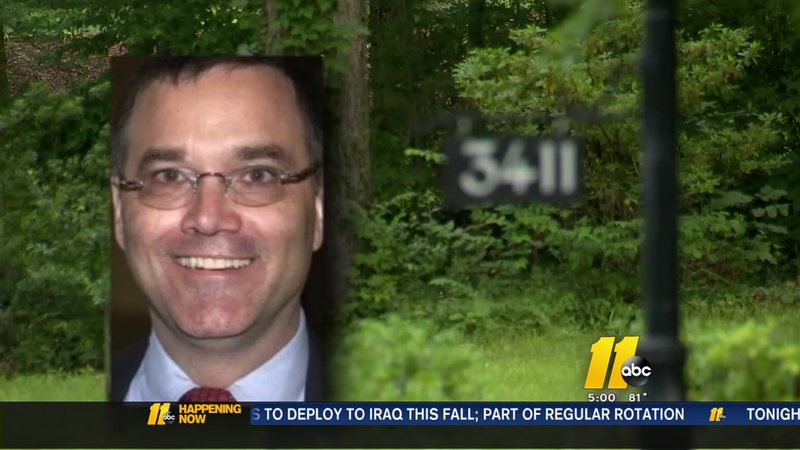 Questions arise around man's cause of death

DURHAM, NC (WTVD) -- Durham developer William "Bill" Bishop's obituary in the Tampa Bay Times said he died last month from a heart attack, but Tuesday, ABC11 learned that information conflicts with what has been filed in court documents by homicide detectives.

Durham Police said Tuesday that his death is under investigation and a search warrant suggests the 59-year-old may have died from being strangled.

According to investigators, Bishop's teenage son called 911 to report his father had a dog leash wrapped around his neck - with their dog still attached to the leash.

EMS arrived to find the victim sitting in a chair unconscious.

The report also stated, the victim's son told authorities he was verbally abused by his father and would not be upset if his father died.

These revelations on whether Bishop was harmed or if he harmed himself come at a time where the land developer was set to graduate with his PhD from UNC-Chapel Hill this month.

Authorities said Bishop and his son were the only people in the home off Dover Road, and that he gave conflicting reports on how he discovered his father.

But a friend of the victim told authorities that Bishop struggled to use his right arm after an accident in 2012, so it would have been unlikely and difficult for the victim to put the leash over his right arm.

"In my dealings with Bill, he was always a gentleman and a scholar. He was creative and foresighted in his development projects and determined to make the community and the neighborhood a better place. One indicator of that was a foundation he created here in Tampa called A Better Place Foundation, in which he allocated a certain percentage of sales toward neighborhood improvements.

In the last few months, he was happy to be wrapping up his PhD at UNC, teaching and working as a consultant for a few development projects around the country.

Though he had recently been divorced following a lengthy separation, he was also dedicated to raising his sons to be well-educated, well-traveled, well-behaved young men."